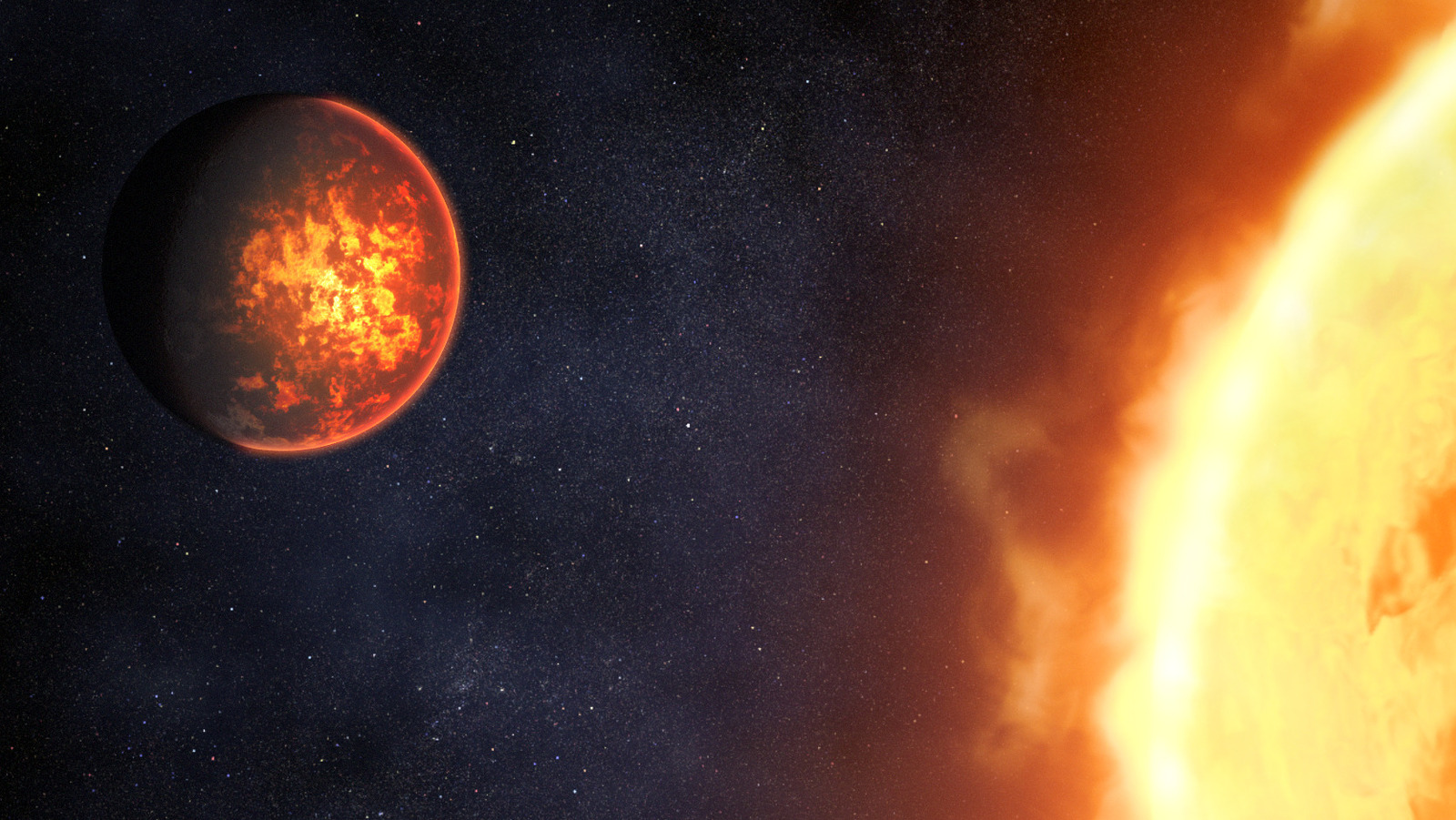 One of the exoplanets Webb will study is called 55 Cancri e; it has some Earth-like qualities but is super hot. This is a type of planet called a super-Earth, which means it is potentially rocky like Earth but is larger than our planet, though not as large as an ice giant like Neptune (via NASA). With an orbit of just 1.5 million miles from its star, which is 4% of the distance between Mercury and the sun, a year there lasts only 18 hours. That means the planet is up close and personal to its star, so it is extremely hot and is bombarded by radiation.

The planet is so hot on the surface, in fact, that the temperatures are high enough to melt rock. This makes researchers think the planet must be covered in oceans of lava as rocks are melted by the heat of the star. In addition, planets orbiting as close as 55 Cancri e is are thought to be tidally locked, meaning one side of the planet is always facing its star. Typically this side, called the dayside, will get much hotter than the side facing space, called the nightside. And strange weather phenomena can happen when there is a big difference in temperature between these two halves of the planet.

On the tidally-locked exoplanet WASP-121b, the temperature differences mean there could be clouds of metal and rain of liquid gems (via MPI). On 55 Cancri e, however, there is something odd going on, as readings using the Spitzer Space Telescope showed the hottest part of the planet doesn’t seem to line up with the part facing the star.