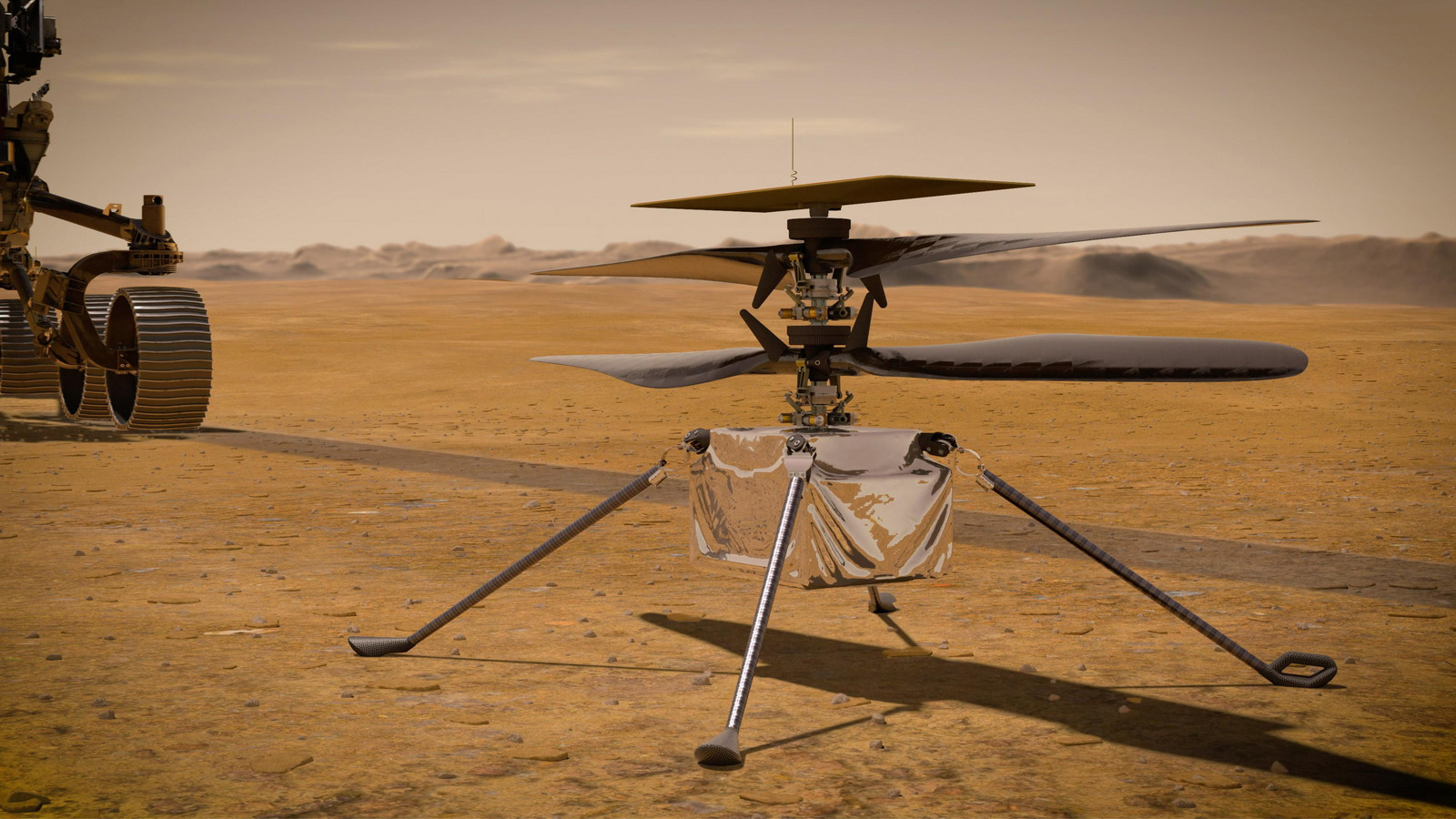 The Ingenuity helicopter faces increasing challenges as it stays on Mars. The vehicle was originally designed to perform just five flights, but it has been so successful that it has kept flying and is preparing for its 29th flight, according to the space agency. However, there are problems ahead for the helicopter. As it has been operating for so long, it now must operate during the dusty season on Mars. As seasons on the planet change, the amount of dust in the atmosphere changes, too. Now, in the Jezero crater where the helicopter is, the amount of dust is increasing. This causes problems for Ingenuity as dust can cover its solar panels, making it harder to charge its batteries (via NASA). More dust in the atmosphere also means less sunlight can get through to the panels, making the problem even worse.

In May 2022, engineers lost contact with Ingenuity following an issue caused by low power because of the dust. In this case, the helicopter was able to power back on but its internal clock was inadvertently reset, so it missed its communications check-in with the Perseverance rover. Fortunately, the engineers were able to figure out what the problem was and resume communications after a few days.

The dust problem will continue to be an issue though. The Ingenuity team tried a method to use less power at night by using the heaters for less time so that the batteries could recharge and Ingenuity could start flying again. This allowed the helicopter to keep operating, but it was risky as low temperatures can damage its hardware. In light of that, be sure to check out the video of the helicopter in action, as unfortunately, the mission won’t last forever.