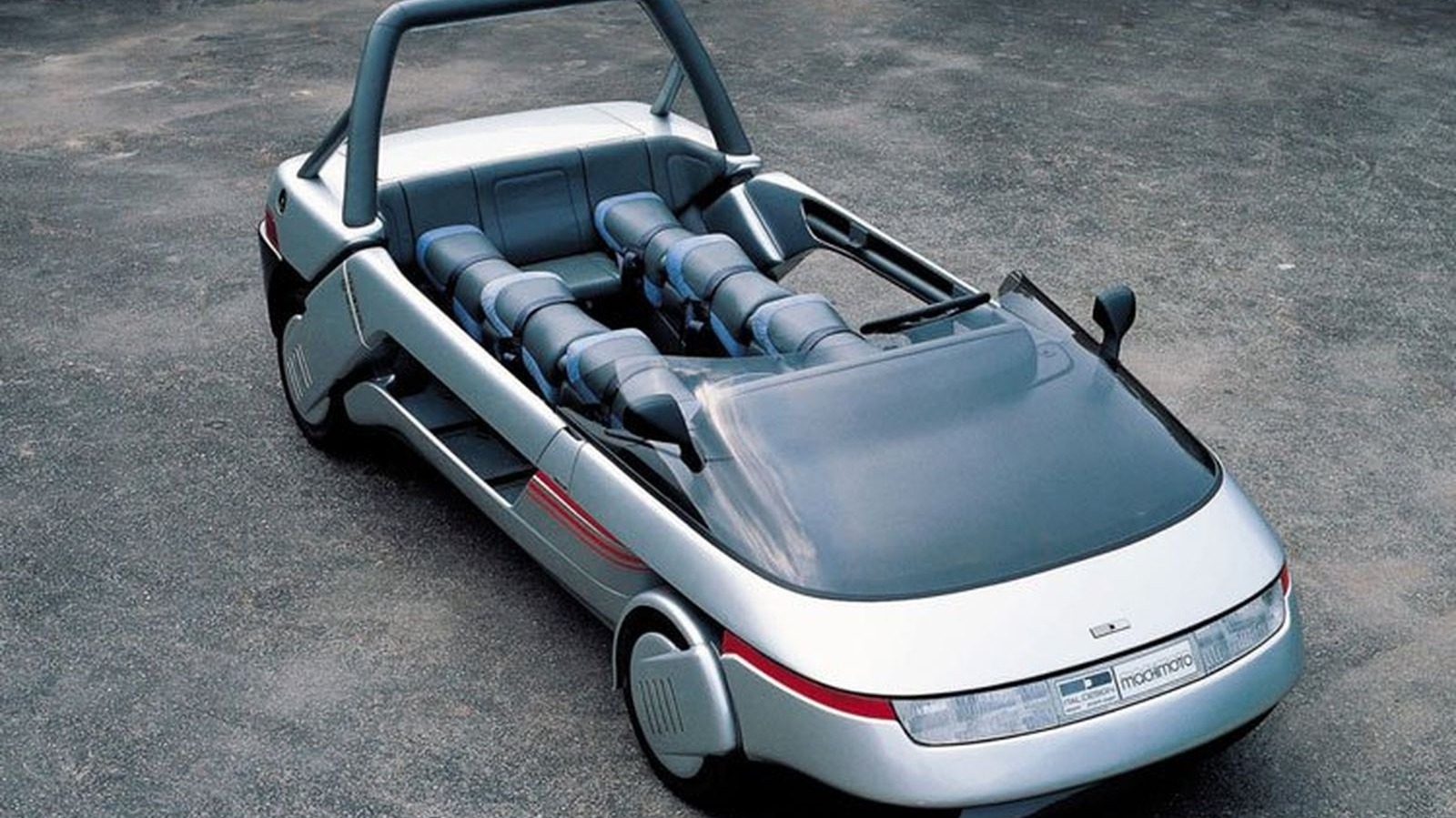 The contraption — because let’s be honest, nothing quite defines strange looking and unsafe as the Machimoto — was a nine-seat “low slung” open-air sports car … motorcycle. It had four wheels like a car, but its two parallel rows of saddle-like seating made it a bike. Or so Italdesign wanted buyers to believe. Six passengers could straddle their seats like they were sitting on a motorcycle, while three more could conceivably get cozy in the back. There was also a luggage compartment (aka a trunk). The vehicle also has individual lap belts with two anchor points and two side-impact protection arms that worked like gull-wing doors when opened. A sizeable rear roll bar rounded out the “safety” features of the Machimoto.

At the time, both critics and the public blasted the design. As a result, the car never made it into production. Interestingly enough, 20 years later, in 2006, Volkswagen showed off a three-wheeled GX3 concept that would have been manufactured had it been better received. While the Machimoto never made it onto the road, according to Italdesign, it did appear in a 1996 Italian time-jumping fantasy film called “A spasso nel tempo.”