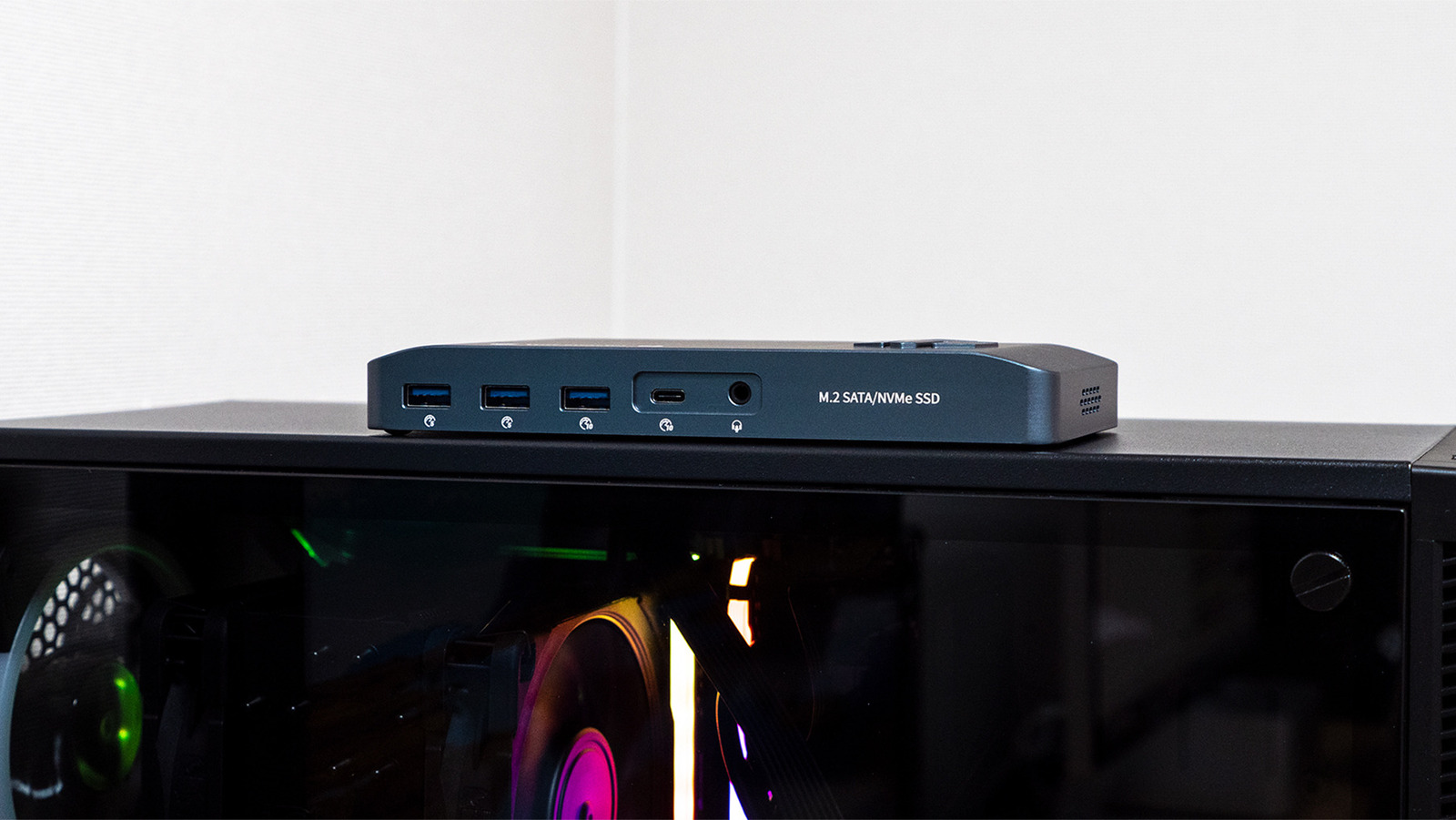 Some Thunderbolt docks try to be discreet and inconspicuous, but those can afford to do so by skimping on features. The Yottamaster 10-in-1 Thunderbolt 3 Hub is definitely not part of that group, with a large body that calls attention to itself. It’s not gigantic, but you will surely want to reserve some space for it on your desk.

You’ll also need to make provisions for its large 120W power brick that drives this dock, but fortunately, that can be placed out of sight. Cable management will be an important part of the docked life, and this is the first place where we hit a bit of a snag. Yottamaster ships the dock with a 0.5m (1.5ft) Thunderbolt 3 cable that is extremely short for convenience. Sure, you can always grab a longer standards-compliant cable, but that’s an additional purchase for an already pricey piece of kit.

The Yottamaster 10-in-1 TB3 Dock is fortunately not flashy while still expressing itself in its design. It has very minimal branding, with its name printed on the top as well as a few labels beneath the ports. The raised Yottamaster logo is the most visually interesting aspect of the dock’s design and gives it a particular flair that could appeal to gamers and sci-fi aficionados.

The dock’s aluminum body isn’t just for show and is one of the reasons why it doesn’t run hot, despite all that’s going on inside and all the power and data that goes through the box. There are four rubber feet underneath the dock, ensuring that it won’t slide on slippery surfaces, despite its all-metal texture.