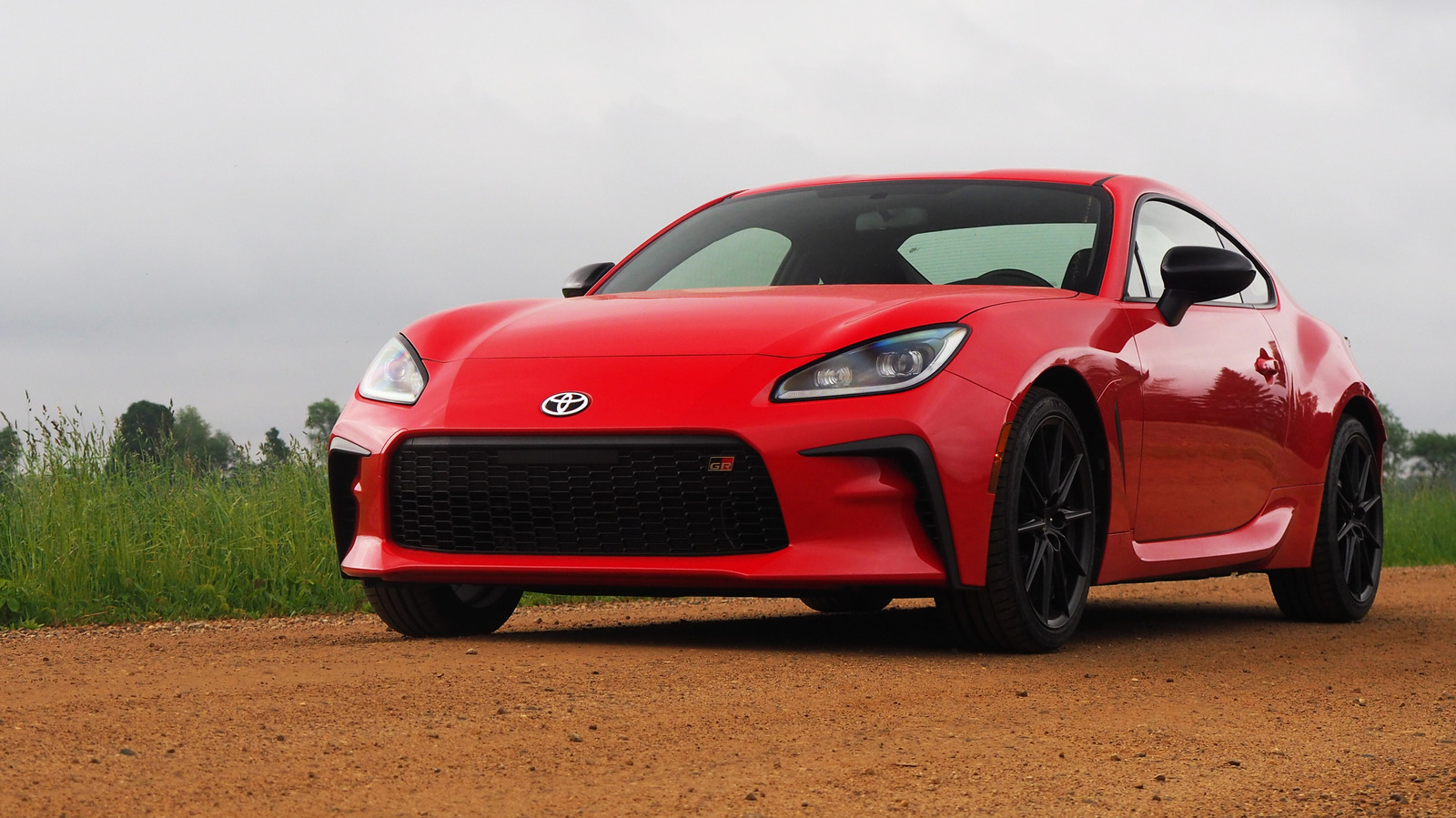 While $2,600 more out of the gate than the base car, the GR86 Premium makes a solid argument for that delta. The regular $27,700 coupe has 17-inch wheels, does without the fancier headlights, the rear spoiler, heated seats, and packs six speakers rather than the Premium grade’s eight.

It also misses out on blind spot and rear cross-traffic warnings, which is even more annoying. If you want Toyota’s Active Safety Suite, meanwhile, you’ll need the automatic transmission. That means no pre-collision auto braking, adaptive cruise control, lane departure warnings, or high-beam assist if you want the stick shift, and there’s a frugality compromise as well. The EPA rates the automatic GR86 as good for 21 mpg in the city, 31 mpg on the highway, and 25 mpg combined, versus 20 mpg city, 27 mpg highway, and 22 mpg combined for the manual.

By the time you add the $425 Track bRed (no, really) paint, floor mats, and a handful of accessories, my review car clocked in at $32,432 (including $1,025 destination). That holds up well against the GR86’s obvious competition, the MX-5 Miata, which runs to around $32,650 for a comparably-spec’d out car. Any higher and you might start wondering about cross-shopping with the new Nissan Z, which though from $40,000 is more expensive, also brings 400 horsepower to the party.