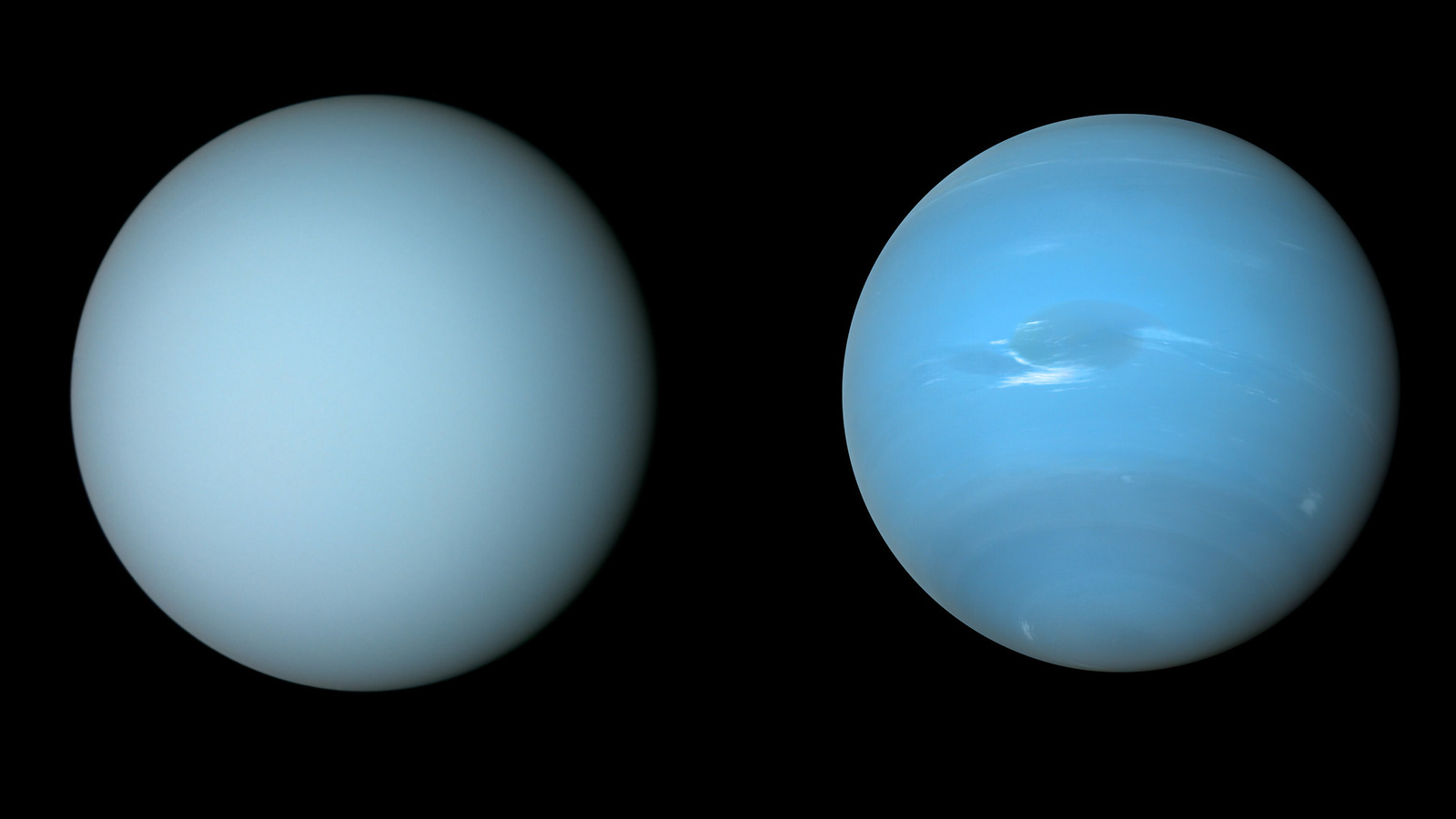 The data from the telescopes were used to create a model of the planets’ atmospheres and in particular, the many different layers that exist in those atmospheres. The particles that create the haze are in deeper atmospheric layers, which weren’t well understood because most previous observations had looked at their upper atmospheres, according to the researchers.

The haze particles are found in the middle of three atmospheric layers, in a layer technically called the Aerosol-2 layer. The atmospheres are extremely cold this far from the sun — in fact, they are so cold that the methane can condense into ice and create methane snow. And because Neptune’s atmosphere is more active than Uranus’, the methane particles get jiggled around more and don’t have so much chance to form a layer. That means the Aerosol-2 layer is thicker on Uranus than on Neptune, and it is these methane particles that cause the hazy effect.

So Neptune looks brighter blue because it has less haze, and Uranus looks like a soft blue because it has more haze. This neat finding was serendipitous as the researchers weren’t actually investigating the planets’ colors specifically. “We hoped that developing this model would help us understand clouds and hazes in the ice giant atmospheres,” explained one of the researchers, Mike Wong of the University of California, Berkeley. “Explaining the difference in color between Uranus and Neptune was an unexpected bonus!”