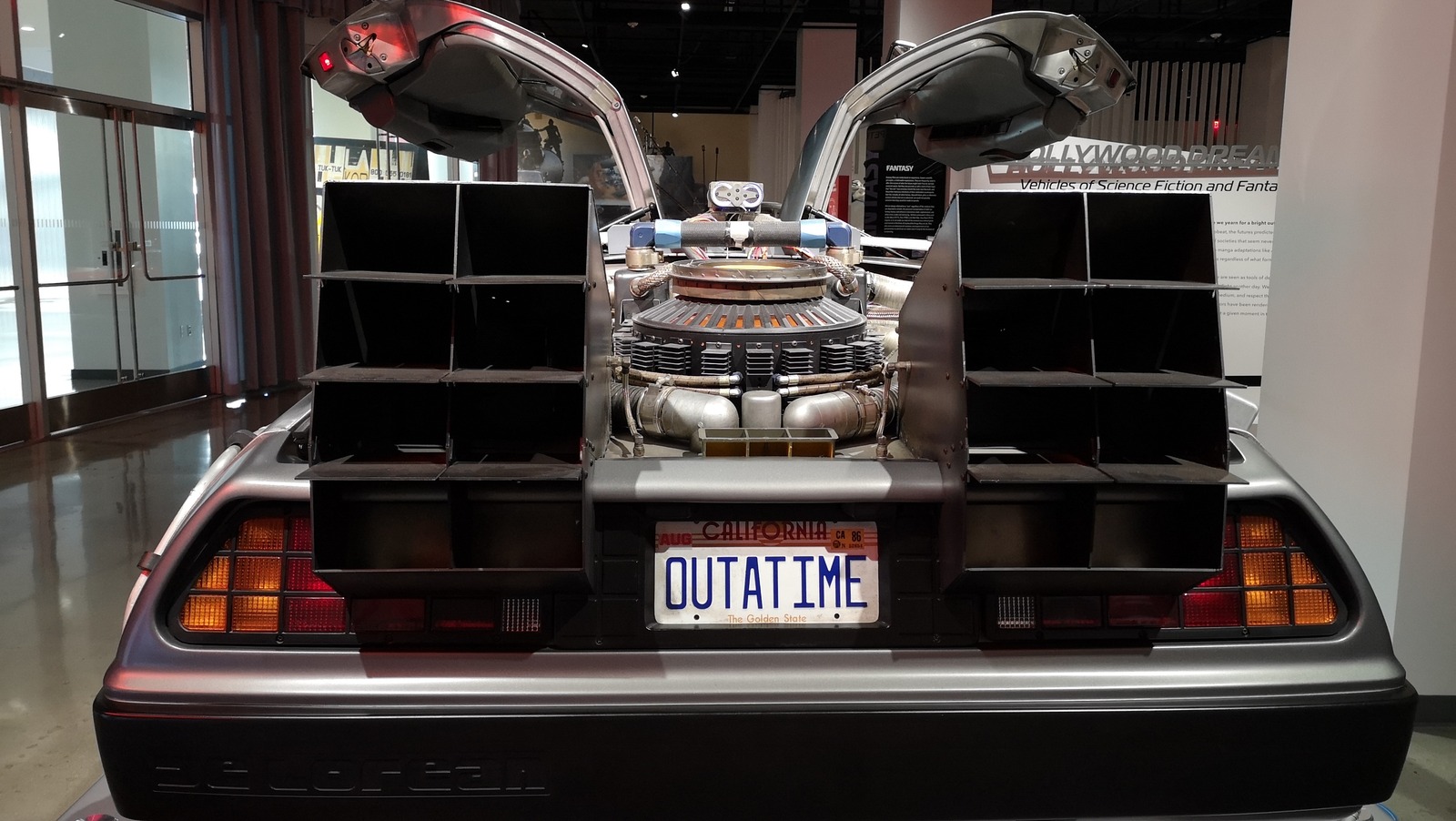 Bill and Patrick Shea, a father and son team in Hubbardston, Massachusetts, are private collectors who own one of the world’s most extensive “Back to the Future” vehicle and prop collections. The pair acquired what was left of the “B” car in November 2019.

According to Bill, a movie car customizer named Jay Ohrberg cobbled together the “B” car by building a square tube frame and attaching several damaged body panels and a set of screen-used train wheels. The Shea duo provided an original hood box from one of their other “Back to the Future” DeLorean vehicles. Before, the “B” car hung upside down from the ceiling of Planet Hollywood’s Hawaii location until it closed in 2010. The car went into storage after the restaurant closed and remained there until Bill and Patrick bought it at auction.

They pair even found “cave art” on the panels. Bill said DeLorean factory workers in Dunmurry were known for adding their names and other sketches to the underside of the car’s panels. The Sheas verified this particular DeLorean’s VIN number (4475) on the door frames, which, up until that point, had been a mystery.

The car currently sits at the Shea’s “Back to the Future” exhibit in Hubbardston.