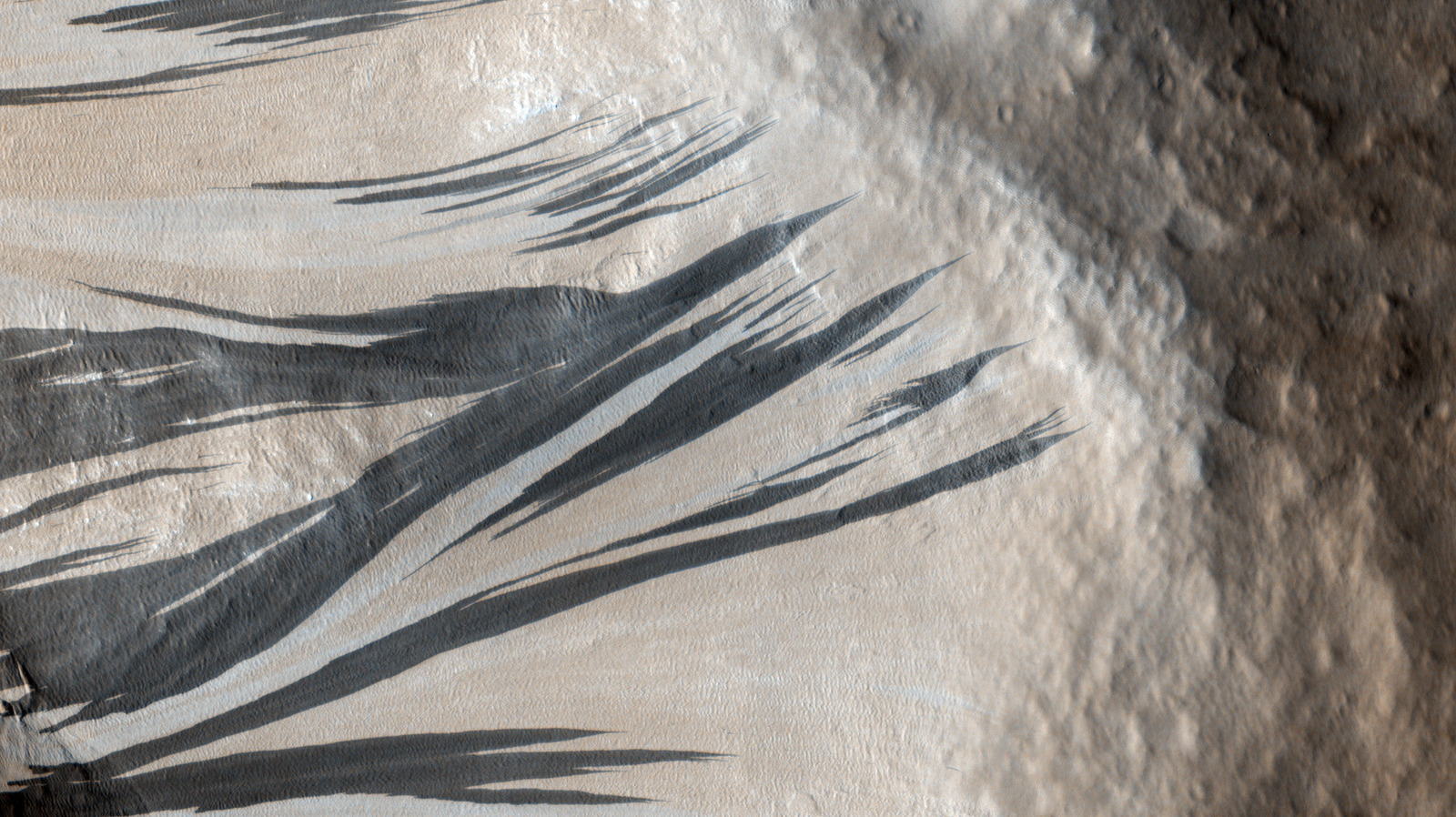 The images taken by Odyssey’s visible light instrument showed frost on slopes on the Martian surface, which appear as streaks of blue. The presence of the frost itself makes sense. When the sun sets on Mars it gets extremely cold there, with surface temperatures dropping as low as minus 200 degrees Fahrenheit (via space.com). This cold makes some amount of carbon dioxide, which is plentiful in the Martian atmosphere, freeze into dry ice.

However, when the researchers compared images taken in the infrared, they saw lots more of this frost spread over a wider area. Infrared images can show heat, as hot objects give off infrared energy. That means that infrared instruments can detect cold as well, by seeing areas with less infrared energy being given off. In the images taken of the same Martian slopes in infrared, researchers saw patches of cold that spread beyond the patches of frost they saw in the visible light images.

At first, they thought this might mean there was frost just below the surface. “Our first thought was ice could be buried there,” Lucas Lange, an intern at NASA’s Jet Propulsion Laboratory who worked on the research, explained. But that explanation didn’t fit with what they knew about the environment they were looking at. “Dry ice is plentiful near Mars’ poles, but we were looking closer to the equator of the planet, where it’s generally too warm for dry ice frost to form,” Lange said.