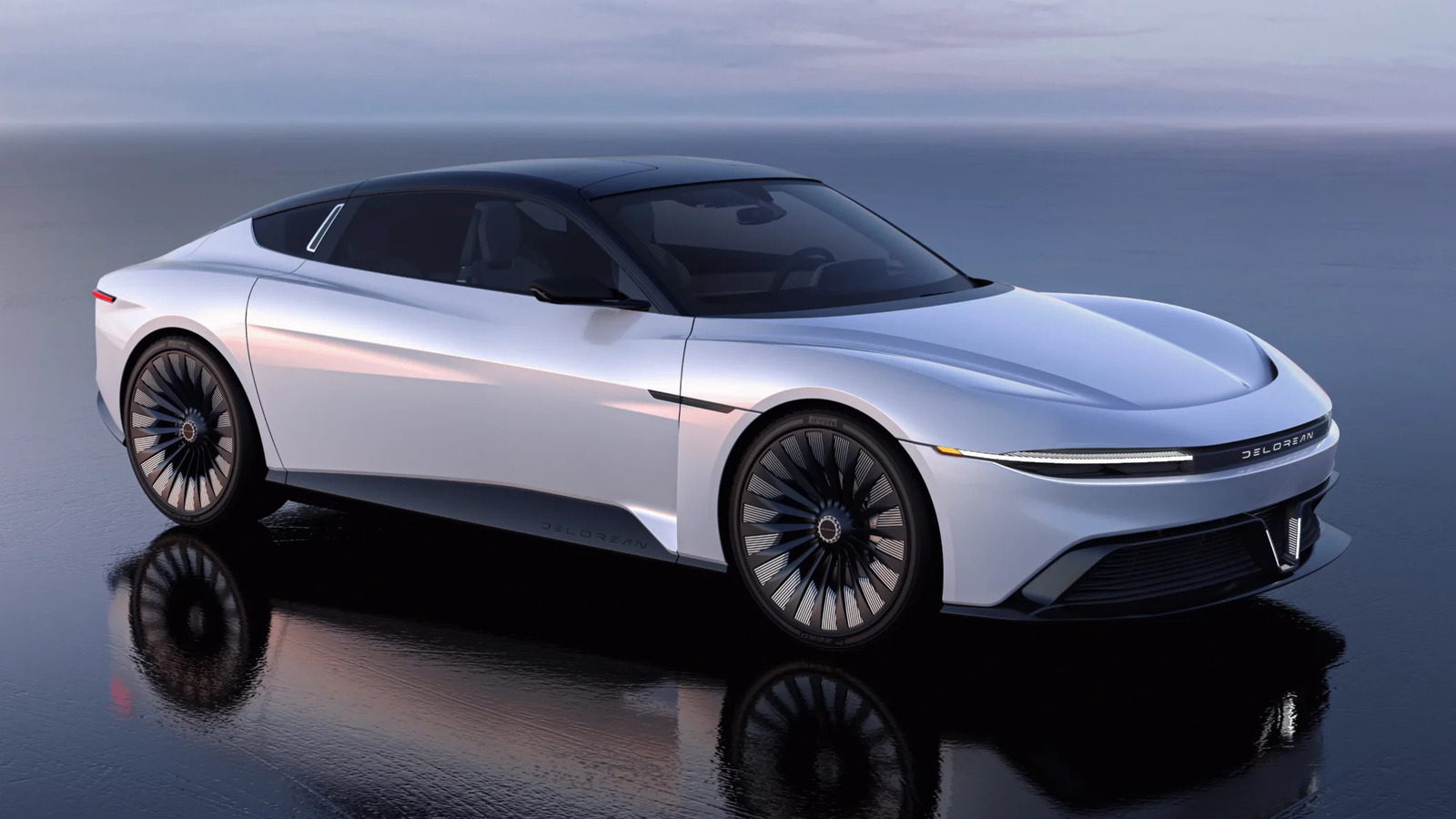 It’s not difficult to agree that the DeLorean Alpha5 concept is a “clean-sheet” design. Indeed, from some angles it’s tricky to see the “original DMC-12 DNA,” particularly when the gullwing doors are closed. The Alpha5 has grown significantly over its predecessor, too, though there’s a  good reason behind the growth spurt. Equipped with a four-passenger cabin, the Alpha5 is a two-door grand-touring car, and it’s possibly more accurate to describe it as a modern version of the DMC-24 four-seat sedan concept that Italdesign penned for DMC before the company went bust.

According to the DeLorean Long Range Product Plan, the DMC-24 was supposed to be a four-passenger luxury car with aluminum, polyurethane, and carbon fiber body parts riding on an all-aluminum chassis. The sleeker body should have had a drag coefficient of 0.3 or less, and DMC was planning an ambitious “maintenance free system” for the battery, engine management systems, cooling, and suspension joints. Jalopnik claims Italdesign reimagined the DMC-24 mockup when DMC went broke, and it eventually became the Lamborghini Marco Polo concept that debuted at the 1982 Bologna Auto Show. More importantly, the DMC-24 concept resembles the iconic DMC-12 more than the Alpha5 concept with the same four-seat layout.