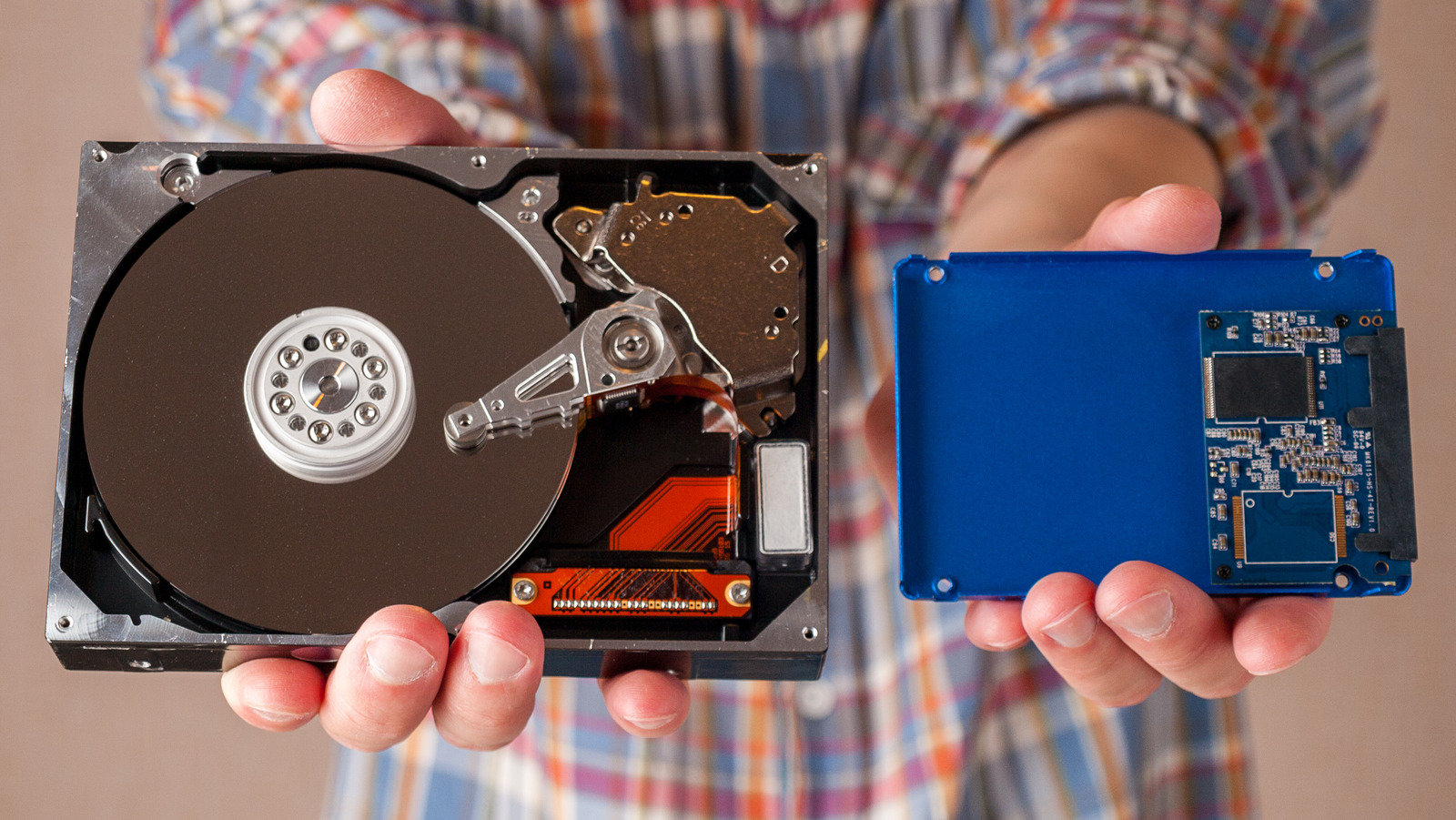 Peripheral Component Interconnect Express, also called PCI Express (PCIe), is the newer of the two technologies; it uses point-to-point architecture (via Intel). PCI Express plugs into a slot on the motherboard either directly or with an adaptor. The interface can connect several different components, including hard drives, sound cards, and graphics cards. Already several generations in, most SSDs can support the 3.0 version of the interface, with even the slowest PCIe transfer rates reaching nearly 2000 MB/s, an increase of two to three times the older SATA 3.0 tech.

PCIe interfaces come in different slot sizes, such as x4, x8, and x16. The version number and slot size dictate how much total bandwidth the device can attain, so a PCIe 3.0 x16 offers 16 Gb/s of total bandwidth, while PCIe 2.0 x16 only offers 8 Gb/s, as explained by Enterprise Storage Forum. Adding to the confusion are the two types of PCIe standards available. While the M.2 form factor is by far the most common — and can still be used with SATA drives — using it with a PCIe SSD will restrict bandwidth to x4 lanes and hinder overall performance.

The Non-Volatile Memory Express (NVMe) specification, a replacement to the old AHCI protocol, is the latest and greatest standard capable of reaching throughputs of 3.9 GB/s and transfer rates of 32 Gb/s. It’s also the most expensive. Another thing to keep in mind is many older motherboard BIOS don’t support the new NVMe spec. Bottom line: PCIe is better than SATA in every situation. Figuring out which PCIe solution to use depends on each person’s needs and how much they want to spend.