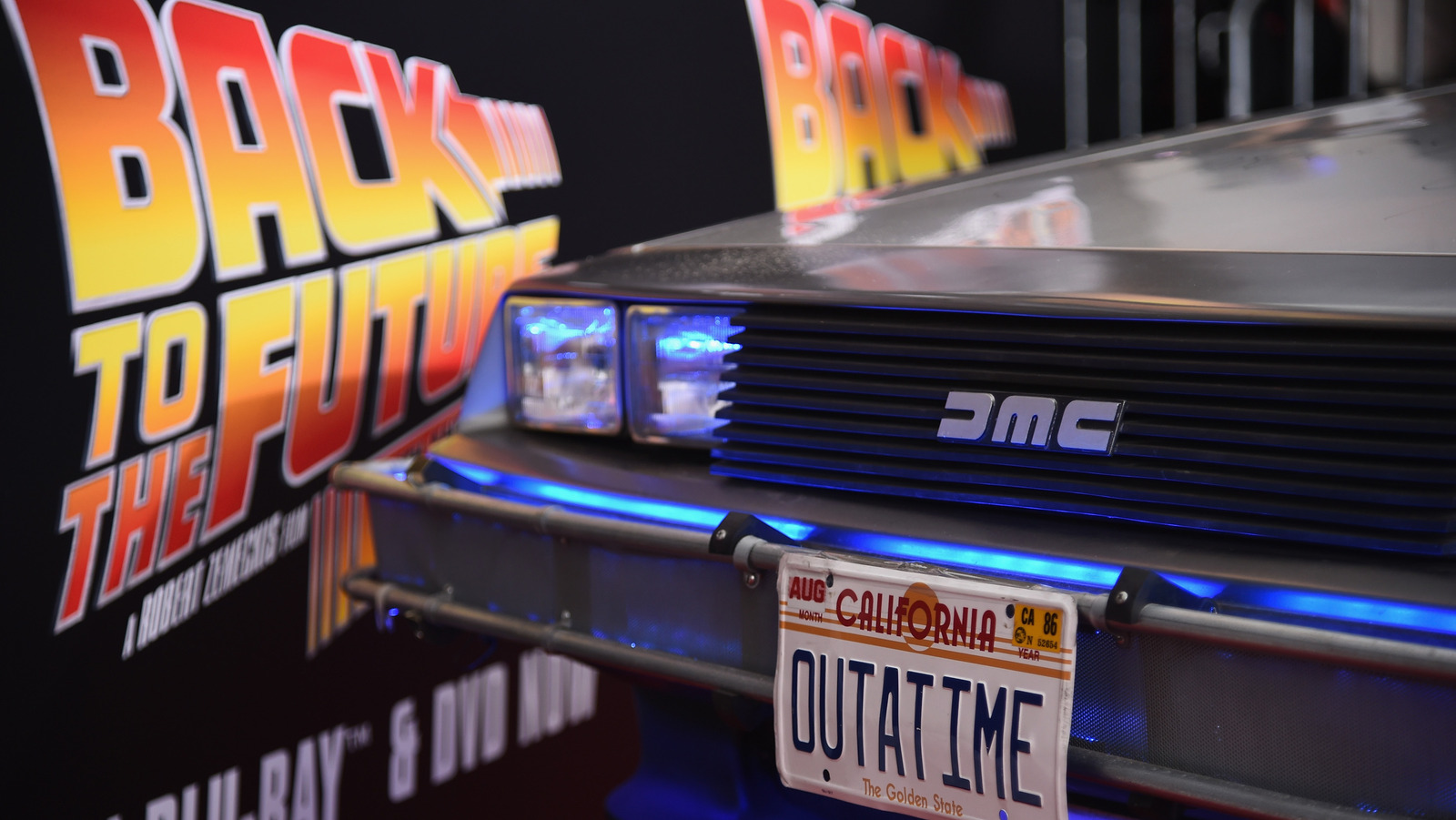 A total of six DeLoreans  — seven if you include the fiberglass flyer — were used during the filming of the pop culture mainstay we know as the “Back to the Future” trilogy. Only a few have survived, but to fully understand the significance of how the four-wheeled stainless steel time machine became so iconic, one must go … back in time.

Robert Zemeckis (director/co-writer) and Bob Gale (co-writer/co-producer) first met in the early 1970s while attending the University of Southern California, where they were learning how to make movies. As college chums are wont to do, they decided to make something together: “Professor Brown Visits the Future” would be about a professor that creates the ability to time travel (via Hagerty). The duo couldn’t develop a good story concept, so they put it on the back burner.

In 1980, during a promotional tour for a movie the two men produced (ironically called “Used Cars”), Gale was staying at his parent’s home in St. Louis, Haggerty reported. While looking through his dad’s yearbook, the hook for the time travel movie hit him, as Gale put it, like a “lightning bolt.” It would focus on a boy travels who back to when his dad was in high school and discovers what he was like as a teenager.

The time machine didn’t start as a DeLorean. Jumping through time was going to be done in a humble refrigerator, instead. But at that exact moment in history, when Zemeckis and Gale were working on the movie’s script, car maker John DeLorean was making headlines with drug trafficking charges. His DeLorean Motor Company went bankrupt, according to Hagerty. So Zemeckis proposed changing the fridge to a DeLorean. Gale loved it, and the rest is history.

The DeLorean reached history when it hit 88 MPH

Six DeLoreans (plus the fiberglass replica) were used during the trilogy filming, with the special effects department at Universal Studios modifying three of them as primary cars, labeling them A, B, and C cars.

The “A” car (known as the “Hero Car”) had the most gadgets and gizmos, because it got the most screen time of the lot. After filming was complete, it was kept at Universal Studios Hollywood, but fans kept swiping mementos from it, and eventually, it became dilapidated. In 2012, Bob Gale helped restore the vehicle to its former glory. It has been on display at the Petersen Automotive Museum in Los Angeles since 2016. In May 2021, the Hagerty Drivers Foundation named it the 29th vehicle on the National Historic Vehicle Register due to its cultural significance, according to a press release.

The “B” car is referred to as the “Wreckage Car” because it was used for all the stunt scenes. It was also the one destroyed by the train at the end of the third movie. It now sits in the private exhibit owned by father and son duo Bill and Patrick Shea in Hubbardston, Massachusetts.

Not all Back to the Future DeLoreans were made equally

The “C” car had parts of its exterior cut away to get cameras inside for interior close-up shots. According to Hot Cars, many pieces from this DeLorean were removed and used by Tom Talmon Studios to build a replica for the Universal Studios theme park in Japan. It has since been purchased by a private Japanese company and now sits at their front entrance. The final three vehicles — and the fiberglass flyer — can best be described as Frankenstein’s monsters. One known as the “Oxnard” car was built with train wheels and used in all rail scenes in Part III. It had been on display at Universal Studios Orlando since the early 1990s, but according to DeLorean Rental, was replaced by a replica and put into storage where, awaiting restoration.

The final two are referred to as “Desert Car #1” and “Desert Car #2.” They were used for the desert scenes filmed in Part III. “Car #1” is basically a mix of parts and pieces from the “C car” combined with new panels. It was on display in a few places, but it was sold by Universal Studios Japan to another Japanese company. However, the second desert car is in the hands of the Shea family in their private exhibit in Massachusetts.

Lastly, the fiberglass replica used for flying scenes (hoisted up and down by a forklift no less) was ultimately destroyed by Universal some time ago.