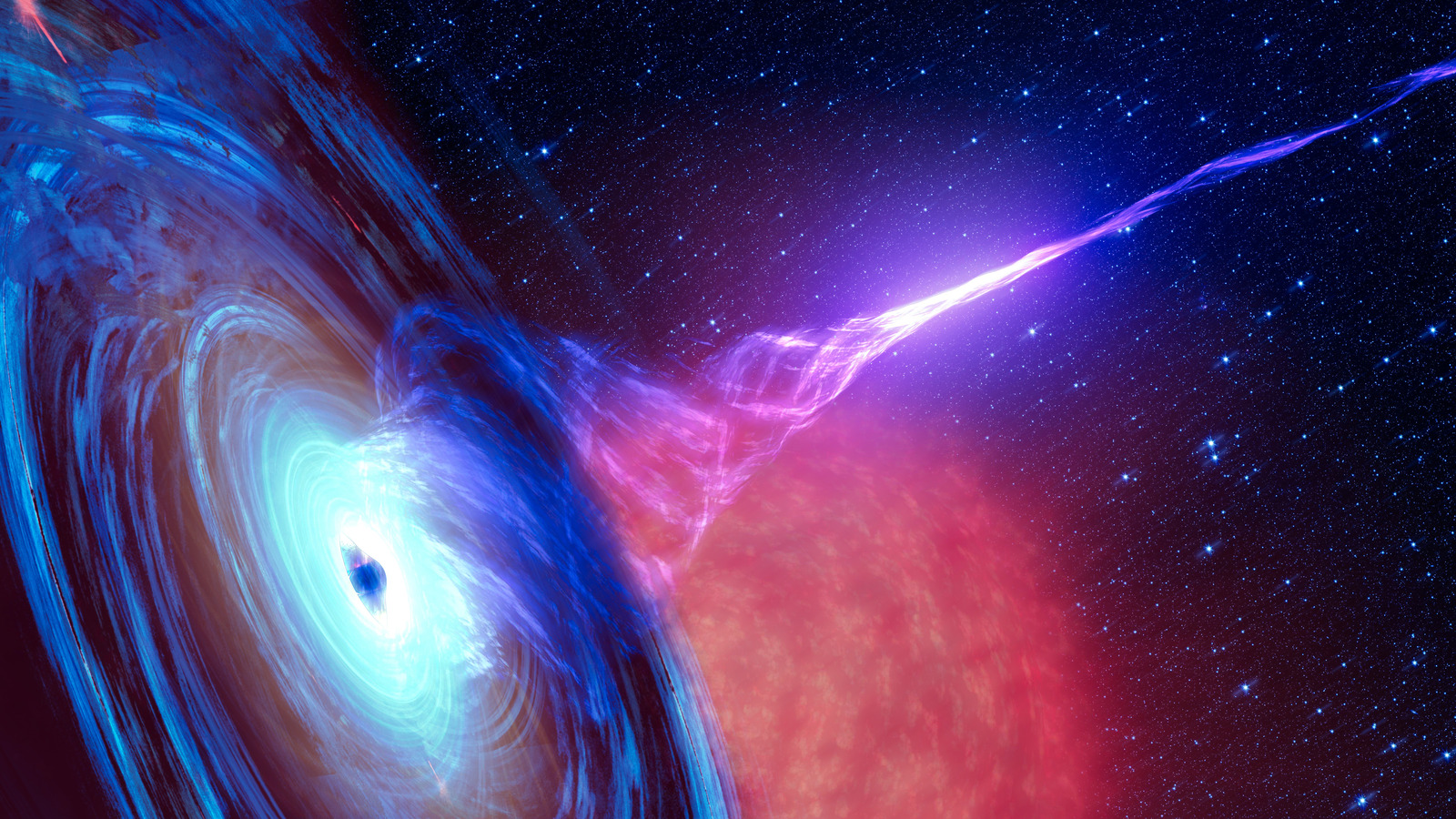 Going one step further, if Earth were replaced with a black hole of the same mass, the black hole wouldn’t fill the same volume. However, it would create it would occupy a volume of space just two centimeters in diameter — the black sphere known as an event horizon. The event horizon is a theoretical point of no return around a black hole where absolutely nothing — including light — can break free (via Space.com). These are literally the densest known objects in the entire universe.

Mass is the key to the equation. At the center of every black hole lies a singularity — a minute area with an infinitely massive concentration of mass. We know the gravitational pull of an object becomes exponentially stronger based on how much mass an object has. As long as an object remains outside the event horizon, it has potential to escape the enormous gravitational pull of a black hole, but the closer it gets, the faster it needs to move away. Once it crosses over the event horizon … well, there’s no happy ending to that story.