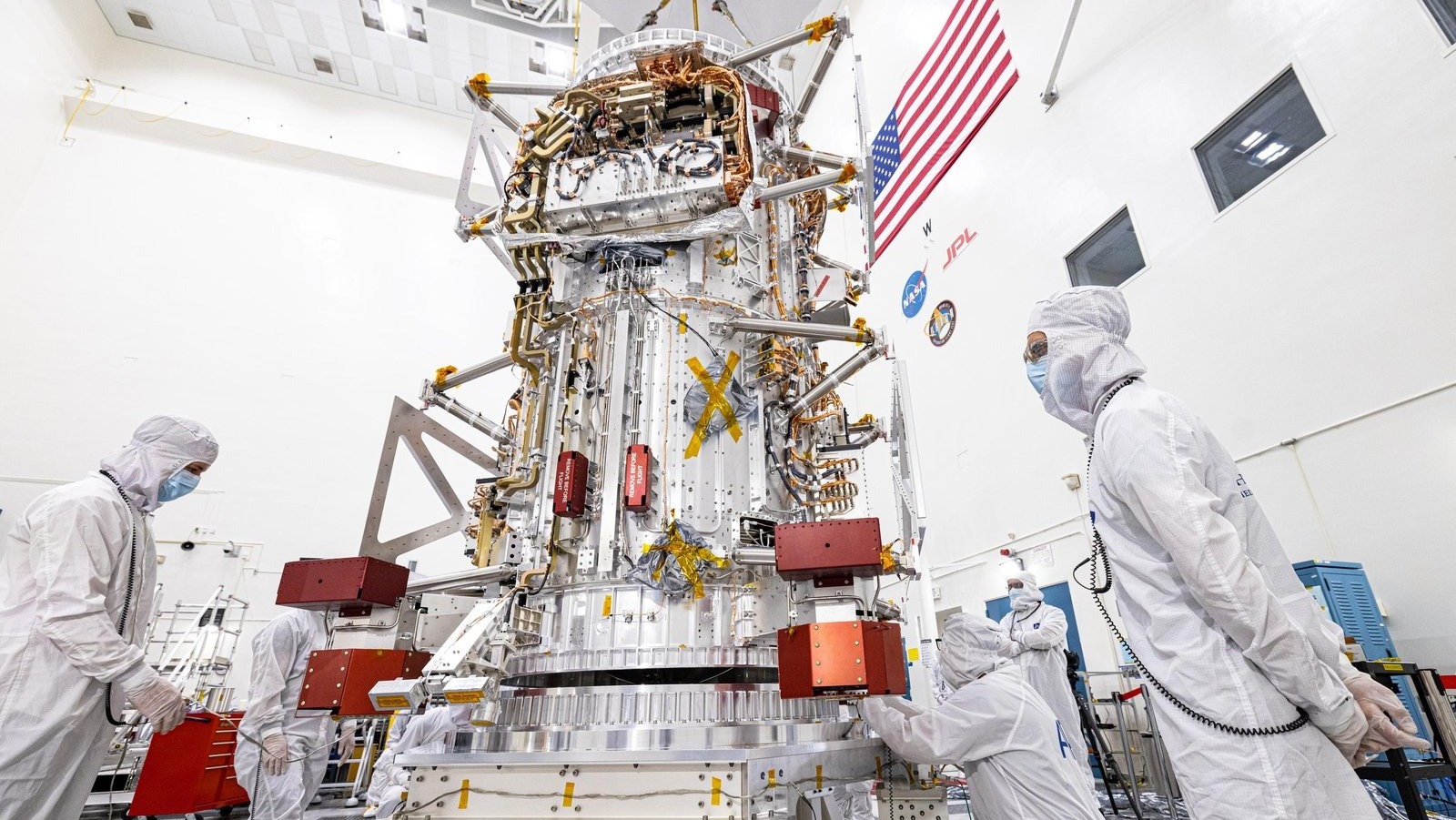 The Europa Clipper has a main body that measures 10 feet tall and 5 feet wide; it’s made of aluminum in a cylinder shape that holds key components like electronics and radio systems. When fully completed, NASA’s Jet Propulsion Laboratory (JPL) says it will be as large as an SUV, and when its solar panels are deployed it will be the size of a basketball court.

In addition to the spacecraft systems and instruments, another key component is the array of 24 engines that will allow the craft to travel through space on its 1.8-billion-mile journey. “Our engines are dual purpose,” explained Tim Larson, the deputy project manager at JPL. “We use them for big maneuvers, including when we approach Jupiter and need a large burn to be captured in Jupiter’s orbit. But they’re also designed for smaller maneuvers to manage the attitude of the spacecraft and to fine tune the precision flybys of Europa and other solar system bodies along the way.”

In June 2022, JPL announced it had received the spacecraft’s main body at its facility in Southern California. JPL engineers will now set about installing and testing the spacecraft’s instruments, as well as installing other key components before the final testing of the craft before launch. “It’s an exciting time for the whole project team and a huge milestone,” said the JPL mission project manager Jordan Evans. “This delivery brings us one step closer to launch and the Europa Clipper science investigation.”