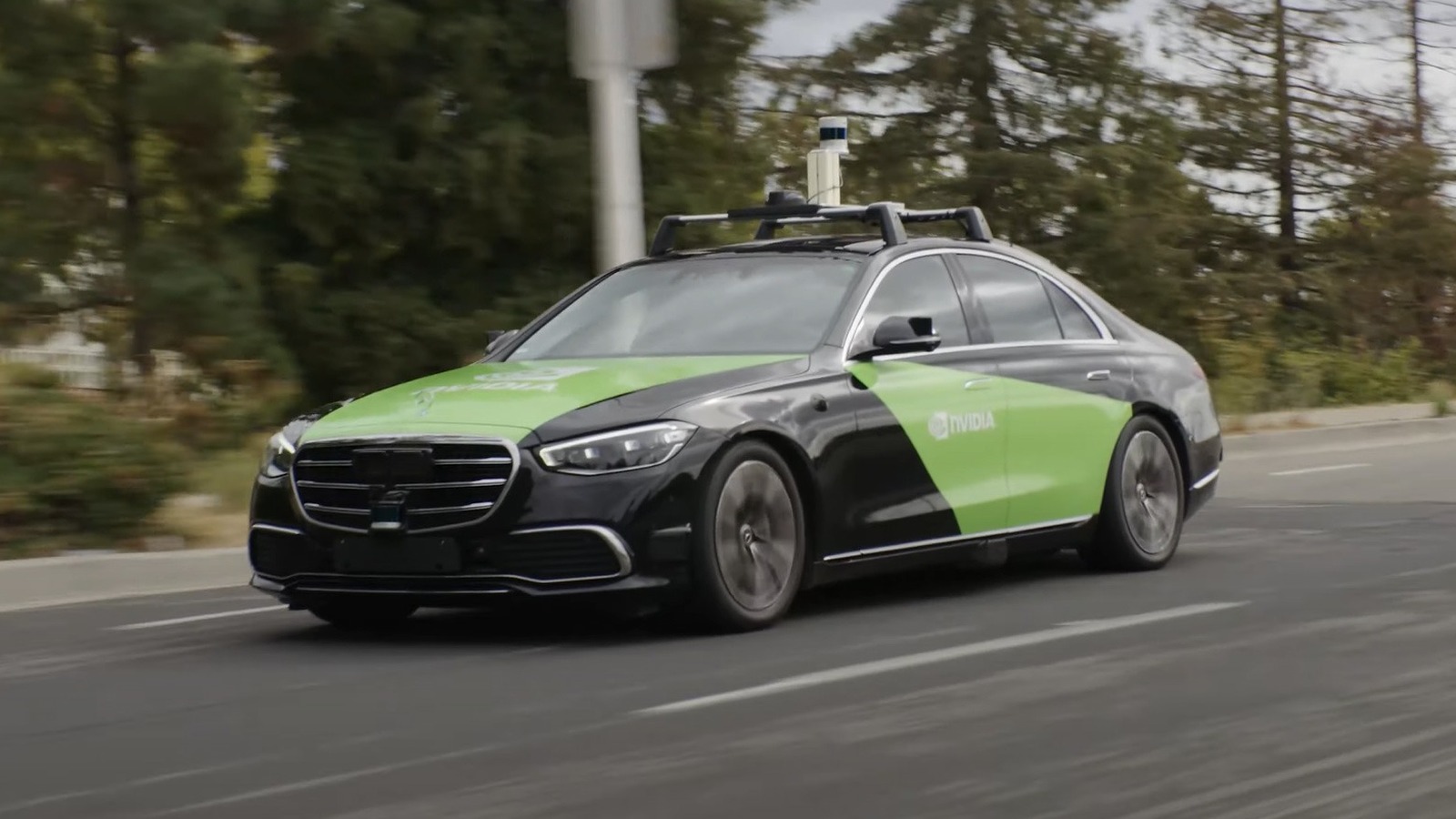 NVIDIA calls its DRIVE Hyperion platform both “production-ready” and designed for autonomous vehicles. It combines an NVIDIA Arm-based Orin AI compute module with a sensor suite made up of 12 exterior cameras, three interior cameras, nine radars, 12 ultrasonic sensors, one front-facing lidar and one lidar for ground truth data collection. The NVIDIA DRIVE Orin SoC performs at 254 trillion operations per second (254 TOPS) and can be scaled from Level 2+ autonomous car systems right through to Level 5, according to the company.

But it’s the next-generation NVIDIA Drive Atlan SoC that looks to be particularly exciting and will power next-generation autonomous cars in the near future. It will be powered by an Arm-based NVIDIA CPU using the company’s Grace architecture coupled with an integrated NVIDIA Ada Lovelace-based GPU, which is the same GPU tech that will be powering NVIDIA’s next-generation RTX 40-series gaming GPUs. When the NVIDIA Drive Atlan system arrives in 2023, it will deliver over 1,000 trillion operations per second and will be ready for car makers’ 2025 MY cars. With the massive amount of sensor data that is needed to safely power autonomous cars, this is exactly the kind of hardware that is needed to deliver a future where a fully autonomous car can get us to our destination without needing to touch a steering wheel.