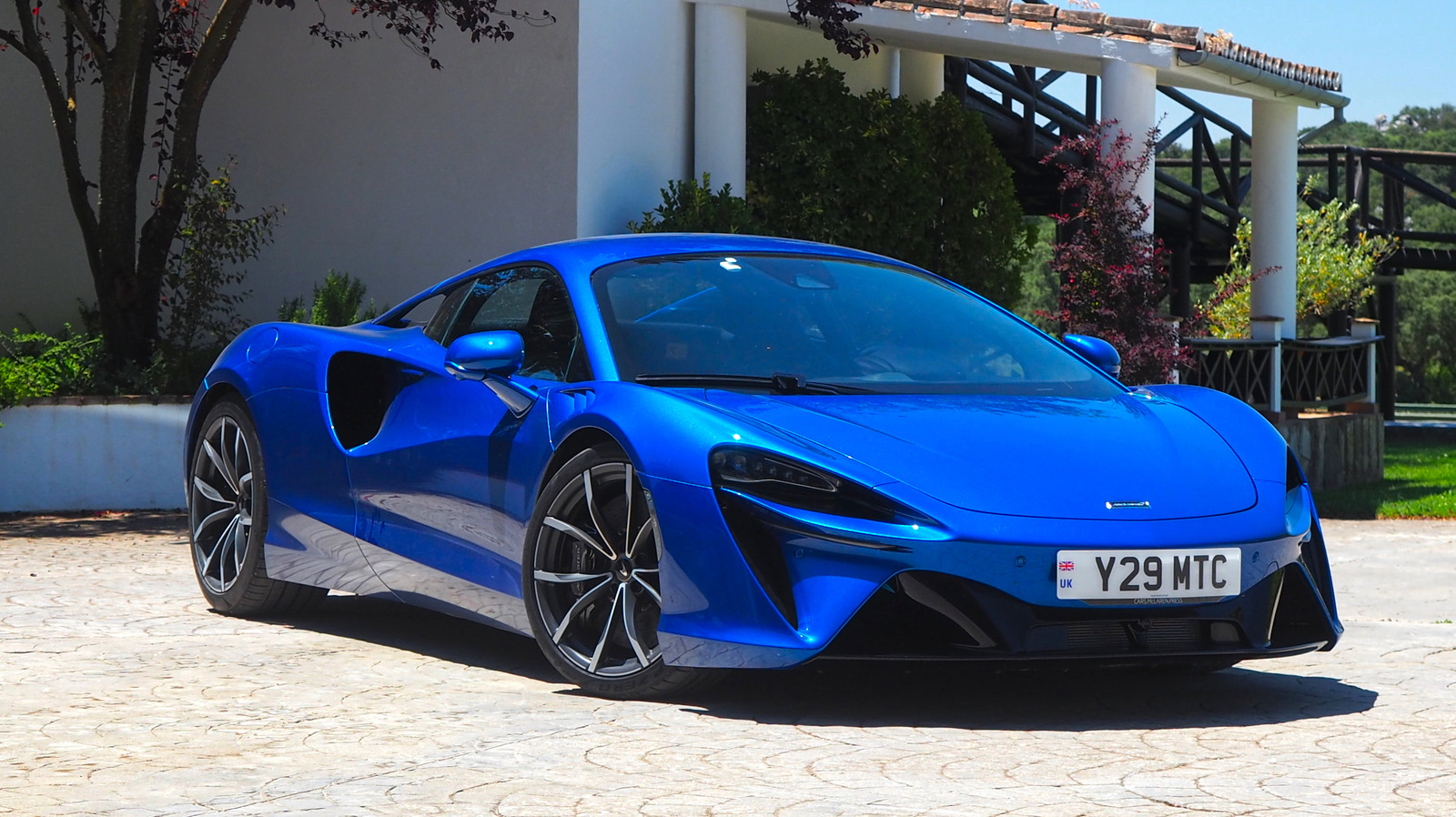 You can use a McLaren 720S as a daily-driver, or a 570S. Indeed, that ability to be a track-storming, rip-snorting beast by one turn, and a generally pleasant ride to Costco the next has been a hallmark of McLaren’s road cars for pretty much its whole decade of making them. The Artura, however, doubles-down on that.

E-Mode and Comfort modes are the key there. The former locks the Artura to electric drive only; the gas engine won’t rouse itself until the 7.4 kWh battery is flat, even if you stomp on the accelerator all the way. You can drive up to 81 mph, and with 94 horsepower and 166 lb-ft of torque from the e-motor alone it’s not a slow experience, even if it’s not exactly supercar territory either. McLaren expects around 11 miles of range once the EPA has had its say.

Comfort mode, meanwhile, blends both parts of the drivetrain. The V6 wakes at higher engine speeds, as well as during periods of more aggressive driving. Meanwhile the transmission will err on the side of earlier shifts, to maximize smoothness and fuel efficiency.

With more hush, cosseting adaptive damping and proactive damping control, and unexpectedly syrupy auto shifts in Comfort mode thanks to the e-motor delivering torque in-fill, the Artura simply purrs around urban environments. The electric drive isn’t quite as quiet as many mainstream EVs, but since the McLaren starts up pretty much silently now it could help make the supercar more neighbor-friendly (if that’s something you’re concerned about). By default, Comfort mode will aim to keep the battery at around 10-15% charge, tapping engine power to do that.