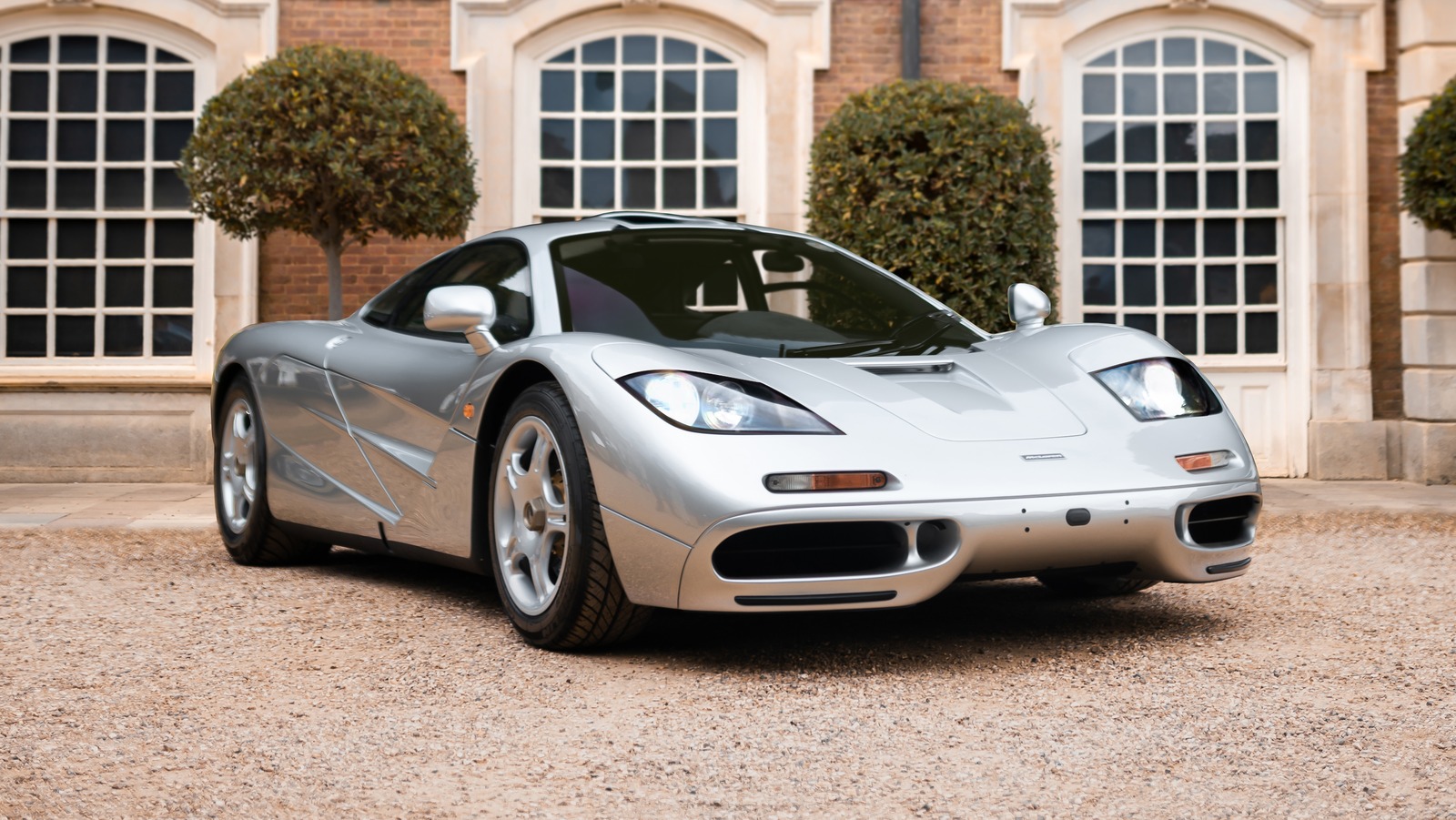 The McLaren F1 is one of the rarest production cars in existence. A total of 106 examples were built between 1992 and 1998, and only 64 of those were made to be road cars. As a result, their owners aren’t keen to part with them. They rarely appear in auctions, and when they do, they’re expected to sell for a premium. One appeared at Gooding & Company’s Pebble Beach auction in 2021 with an estimated price tag of $15 million. It eventually blasted past the estimate and went for an incredible $20.5 million, making it one of the most expensive cars ever sold.

Overall rarity, and the price tag, mean not many people have one to take out in the first place, and those that do may not want to risk even mildly scuffing the paintwork on their pride and joy. Because of their nature, they do end up upside down in a ditch from time to time, which increases the scarcity (via Car Throttle). The three McLaren F1 owners we’ve mentioned by name have a total of three McLaren crashes between them — though none of those involved George Harrison. Mr. Bean managed to stack his twice, and Musk wrote his vehicle off completely during a moment of optimism and overconfidence (via The Drive). Elon was uninsured and his vehicle ended up on the scrap heap, while Atkinson paid over $1 million for a repair job after one of his wrecks (via ITV).

If you really want to see a McLaren F1 in the wild, you may have to visit one of the more affluent parts of the world, like Silicon Valley or Dubai. It’s not something you’ll likely encounter during a Wednesday morning traffic jam on Route 50.