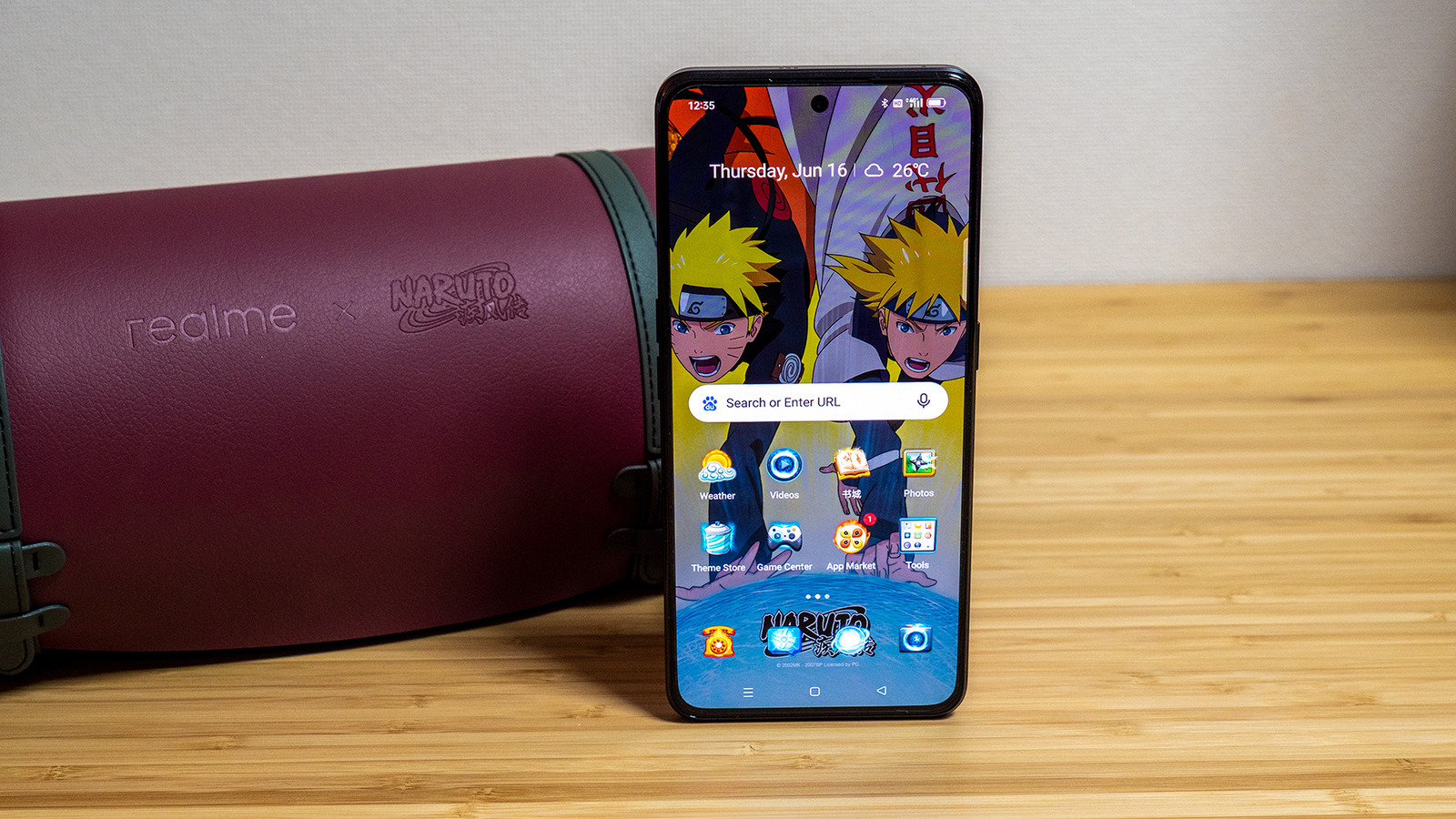 The design of this Realme GT Neo 3 Naruto Edition is its most distinctive feature and, to be honest, is the real reason for its existence. Without it, after all, it’s just another GT Neo 3. What is impressive, however, is the painstaking detail that the phone bears to clearly show its ties to the popular character, not to mention the hoops that Realme went through to get there. More than just a simple paint job or even a case, this Naruto Edition boasts a few new techniques that set the phone apart, even for the things you can’t see.

The back of the phone is still made from glass, but you wouldn’t think so by looking at it or even touching it. The camera area that resembles Naruto’s headband feels like a separate part of the entire surface and even feels a bit like metal. Micro 3D patterns make the bolts on that “metal” piece stand out without actually creating bumps. The “whiskers” on each side of the black area look and feel differently as well, almost like glossy plastic against the smooth matte texture of the AG glass back. And, of course, there are three different colors at play here, again something made possible by Realme’s special and costly manufacturing process.

The aluminum edges of the phone are all black, continuing with the theme of Naruto’s distinctive clothing during his later Shippuden days. That color also makes the buttons and holes almost vanish, which is quite fitting for a ninja-themed design. The GT Neo 3 Naruto Edition clearly stands out and can be easily identified by Naruto fans, but its fiery orange color and odd metal-like camera bump will surely catch anyone’s attention, whether or not they have even heard about Naruto.

A special note has to be given to the packaging of the phone and its accessories. Rather than a plain box with Naruto-themed colors or stickers, the phone actually comes in a cylindrical container designed like a ninja scroll. The charging brick and cable share the same orange and black motif, and even the SIM tray ejector is shaped like the logo of Naruto’s hometown. Realme definitely deserves props for going all out on impressing Naruto fans.