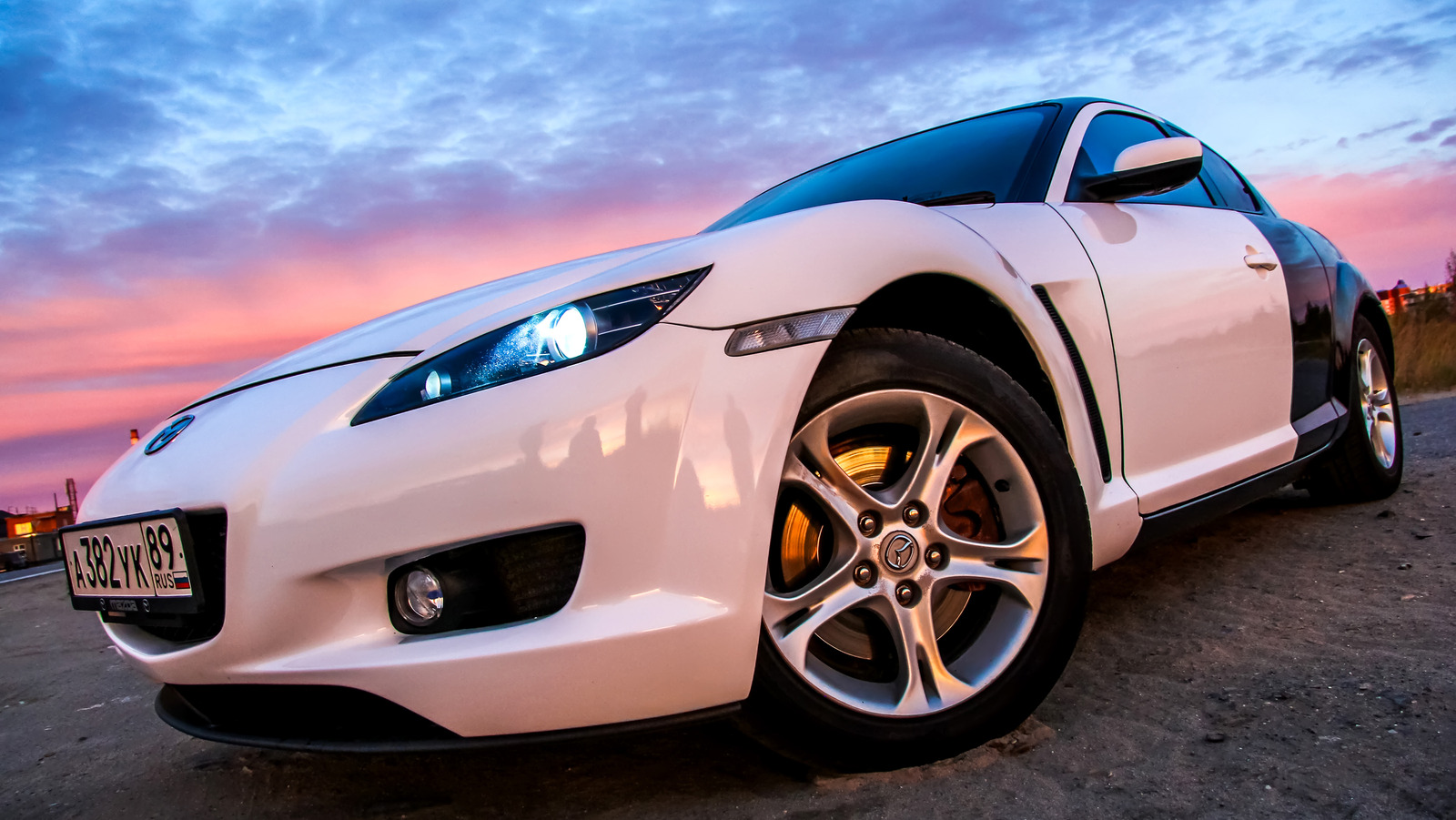 While Mazda continued to produce the last batch, a limited-production racing variant called the RX-8 Spirit R, it decided to end its base lineup by June of 2012, according to the automaker. This not only marked the end of this renowned sports range, but also the production of Mazda’s rotary Wankel engines. The rotary engine was notorious for a number of reasons. Despite promising great performance for its compact size, the engine led to a slew of problems, including wasteful fuel consumption and concerning emissions (via Hemmings).

They also weren’t known for their longevity, and consistent performance was difficult to maintain long-term. A YouTube video that provided an in-depth look into Mazda’s Wankel engine explained the underwhelming RX-8 weight-to-performance ratio in comparison with competing models that had piston engines. Given how unorthodox the RX-8 engine performed, it not only wasted more fuel and caused bad emissions, its fuel economy was rated poorly considering the vehicle’s lighter weight and ample horsepower. That said, it shouldn’t be a surprise that a majority of the Mazda fleets now utilize piston engines.