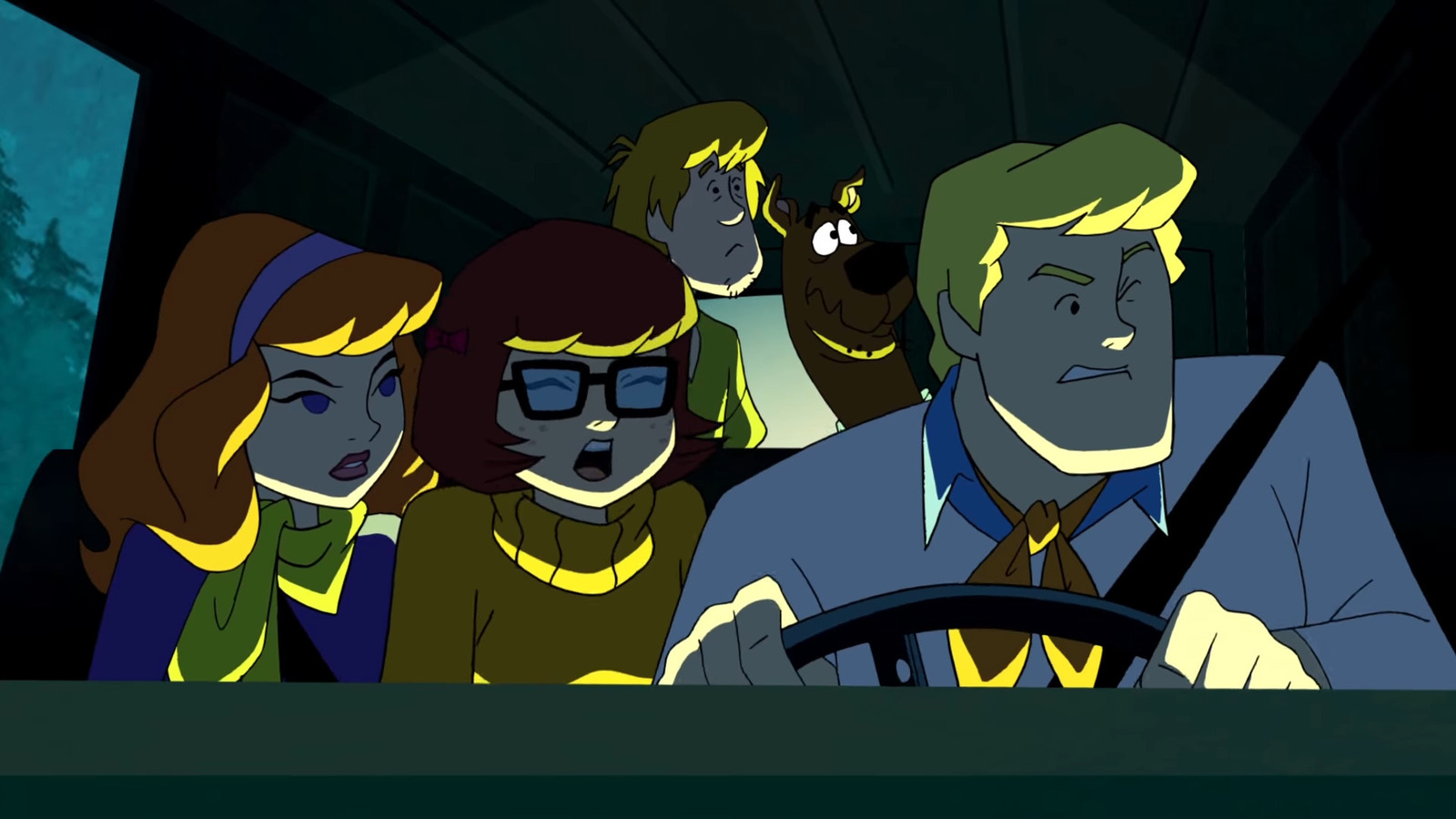 The cast infamously roved around in the Mystery Machine; a far-out, green-and-teal-colored panel van covered in orange flowers. Even the rims aren’t spared this mellow makeover. But many fans are still trying to figure out exactly what type of panel van the original machine is. According to a piece by Hagerty in October 2021, it’s been widely speculated that the original vehicle could either be a “mid-1960s Chevrolet G-Body panel van or a Dodge A100,” though Hagerty also noted that the van has changed quite a bit over the course of time.

As the show has been passed around between networks, it’s naturally reinvented itself to meet the tastes of its audience, which also matured and shifted over time, following the course of several generations. Given how much time has passed since the original series aired, it makes sense that the make and model of the Mystery Machine van has also changed pretty significantly. Autoweek reported that the vehicle used in the 2002 live-action “Scooby-Doo” film was actually a 1972 Bedford CF, but that’s not all. Velocars came up with a retrospective look at how the Mystery Machine changed over time, and it seems like even the replicas of the mysterious vehicle adjusted their own design layouts to reflect the changes made throughout the series. Apparently, the aforementioned 1972 Bedford CF is still stored away in the Volo Auto Museum.