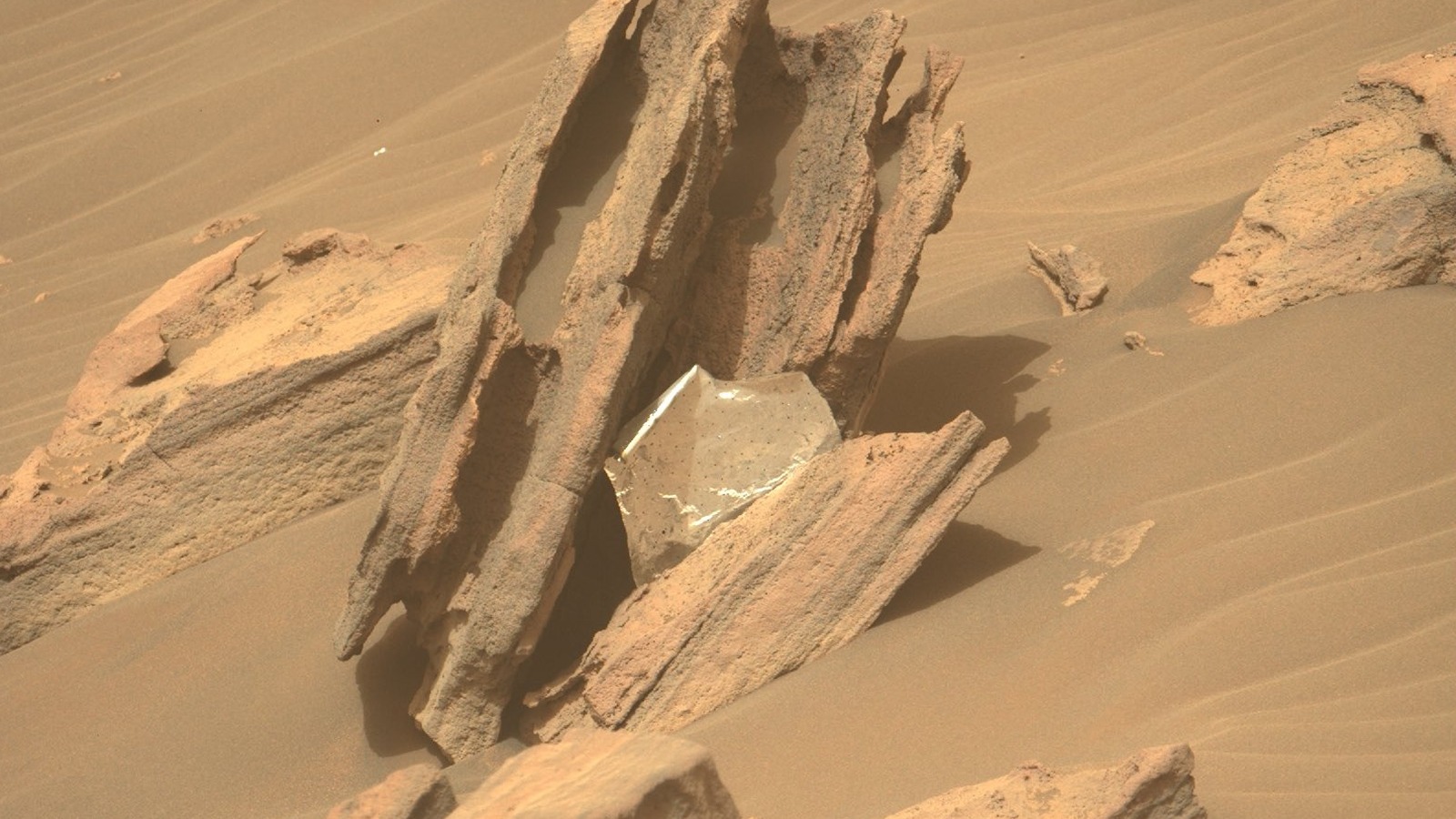 This isn’t the first time part of Perseverance’s landing gear has been spotted. In April 2022, Perseverance’s backshell was seen from the air by the Ingenuity helicopter which traveled to Mars along with the rover. The image of the backshell was taken on April 19, 2022, and shows the full backshell facing upright on the surface.

The backshell is part of the landing system, which protected the rover and helicopter as they traveled through the Martian atmosphere at high speeds. Slowed by a parachute, the backshell was designed to break away from the rover during the descent so that the rover didn’t get tangled in the parachute lines as it landed. The backshell was necessary because, during the landing process, the rover is moving very fast through the atmosphere. Even though the Martian atmosphere is very thin, at just 1% of the density of Earth’s atmosphere, this is still enough to create considerable friction as the rover moves through it while landing. This friction creates heat, and the backshell takes the brunt of this heat to ensure that the high temperatures don’t damage the rover.

The NASA team wasn’t necessarily expecting to find the backshell, but spotting a piece of the landing gear after it has been used can be a useful way to gather information on how the system performed, so it was requested that the helicopter take a photo for analysis.