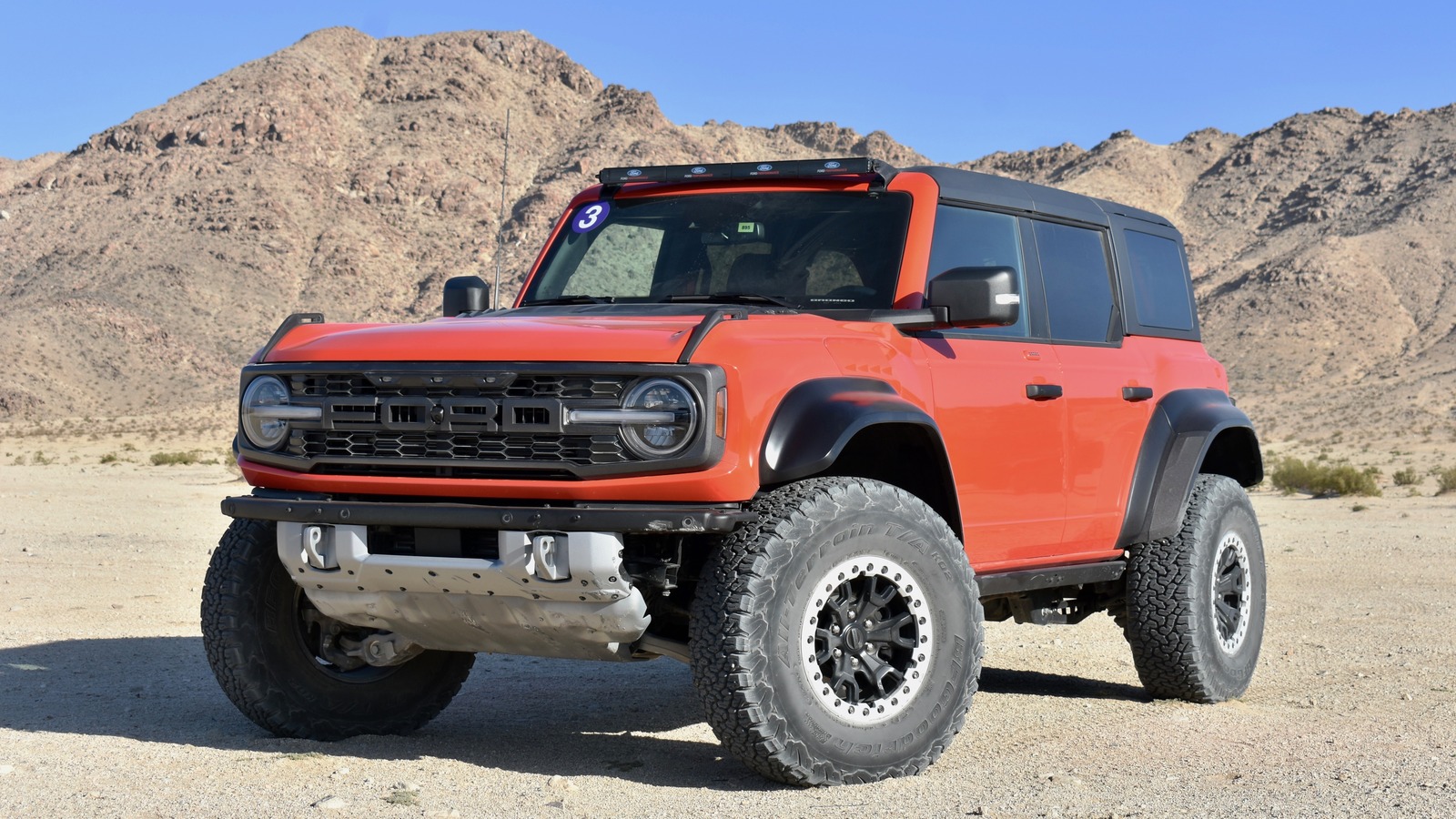 All of this capability doesn’t come cheap. When it goes into production this summer at Ford’s Wayne, Michigan factory, the Bronco Raptor will have a $69,995 base price (including a mandatory $1,495 destination charge). For reference, a four-door Bronco Wildtrak—previously the top Bronco trim level—costs $52,820. Add-ons like leather/suede upholstery and an optional carbon fiber interior pack can push prices to just under $75,000.

Unless you live near a wide open space where you can stretch the Raptor’s legs, the Wildtrak or another Bronco model is likely a more sensible choice. If you’re careful with options, it’s also possible to get into a Jeep Wrangler Rubicon for less. The Rubicon is amazing off-road, but lacks the Raptor’s high-speed capability. Jeep does offer the Wrangler Rubicon 392, sporting a 470-hp 6.4-liter Hemi V8, but at over $80,000 it makes the Raptor look like a bargain. The Land Rover Defender is a more polished off-roader, but it’s not quite as hardcore as the Raptor.

The Bronco Raptor’s breadth of capabilities also make it a standout at any price. It can cross the desert at speeds that would leave a standard Bronco and most other 4x4s winded, and negotiate tight trails that would likely have the larger F-150 Raptor shedding bodywork. Genetic experimentation is normally a bad idea, but in the case of the Bronco Raptor, it’s all just good fun.