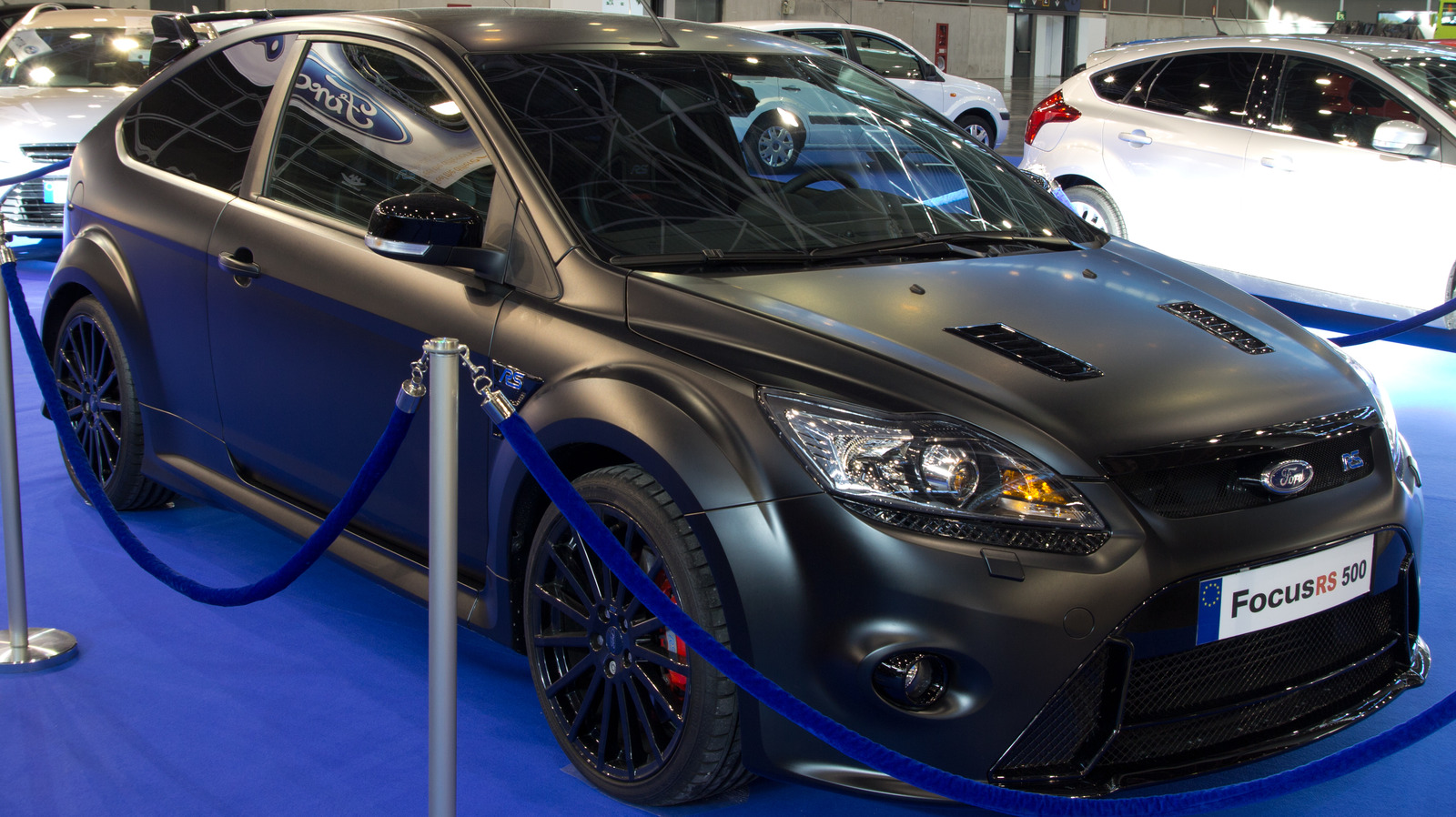 There are many reasons why a major automaker may decide not to sell a car in a specific region — perhaps it already has a model available there that closely resembles the one in question, for example. When it comes to the Ford Focus RS500, the issue ultimately had to do with budgetary concerns, though not due to the car’s price tag. Specifically, Ford would have had to put in additional work to make the RS500 variant street legal in the U.S., according to Forbes. It’s not surprising the European arm of the automaker avoided that level of effort, as only 500 units of this limited-edition model were produced.

This car is known as the fiercest of all the Ford Focus models. As such, the 2011 model came in a matte black paint finish and proudly bore the “RS” badge on the front fender. This front-wheel-drive machine is powered by a 2.5 liter in-line 5-cylinder engine with 345 horsepower and 339 lb-ft of torque, and it sports a 6-speed manual transmission. The 2011 Ford Focus RS500 is rare for more reasons than its lack of availability in America: the 500 units were spread across 20 European countries, according to Car and Driver, with the U.K. having received the greatest proportion of them at 101 units.