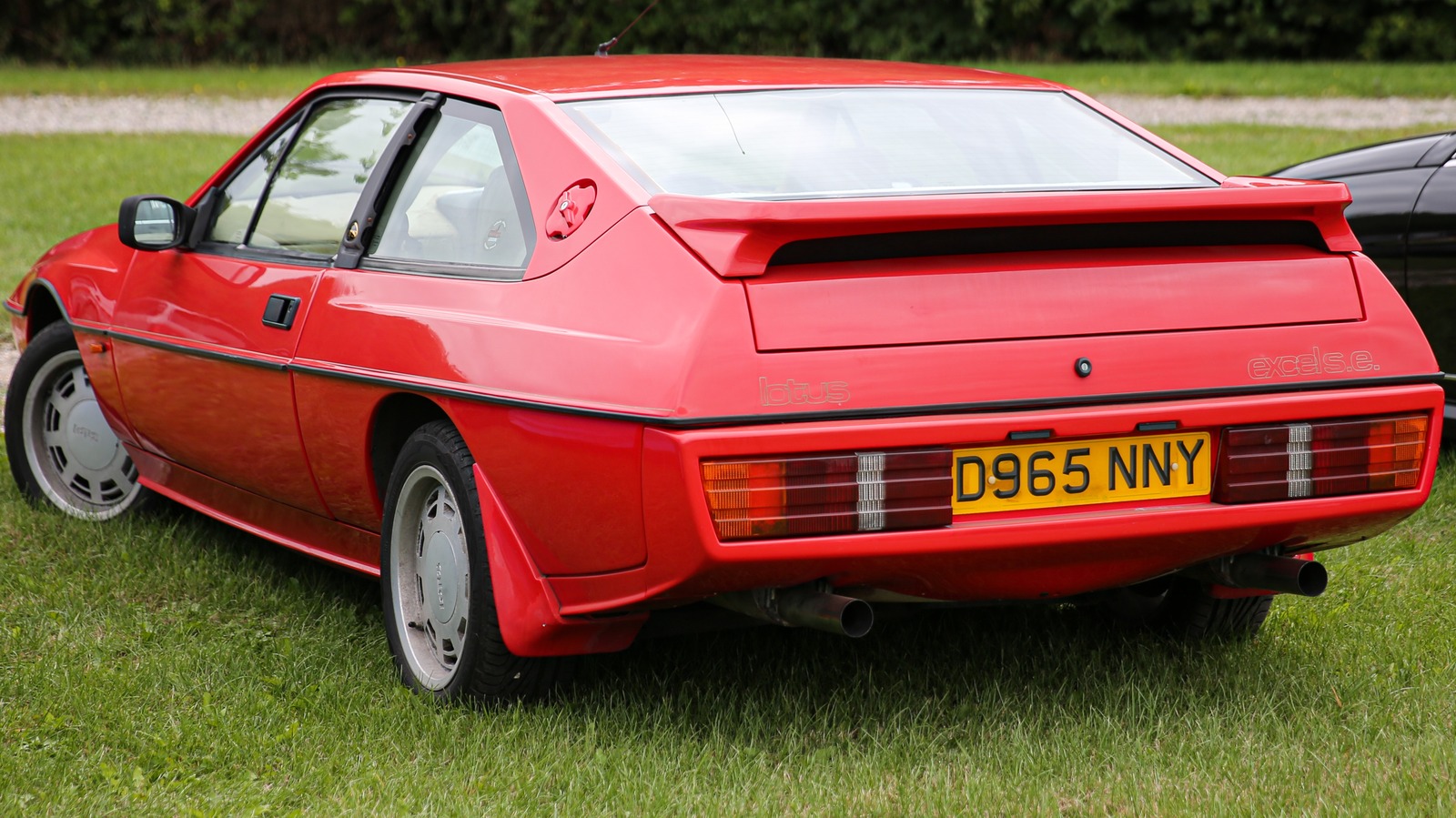 Lotus Cars is a British car company that has been around since 1948. As a company, it’s known for sportscars as well as a history with Formula One racing. One of the company’s most well-known cars is the Excel, which was produced from 1982 until 1992. Early models of the Excel were powered by a 2.2-liter L4 engine. In terms of power, it produces 183 at 6500 rpm. Its torque is 164 lb-ft at 5000rpm (via Auto Evolution). The transmission used in these photos is a four-speed automatic, although this may be different on the used car market.

It should be noted that the Excel has the 912 Lotus engine that was used in the company’s race cars. The Lotus has a top speed of 124 miles per hour, not bad for a budget sports car. This car goes for an average of $11,291 on the used market (via Classic), though if you plan to drive yours frequently or aren’t handy in the garage, it may be worth shelling out a bit more to ensure a more reliable vehicle. Lower condition Lotus Excels can sell for as low as $3,300, which ultimately makes these the perfect project cars. On the other hand, they can also be priced a little above $20,000. Even at this amount, this is still a pretty cheap European sportscar. And it’s unlikely that your neighbors will drive home in one, meaning you’ll gain the bragging rights associated with a classic car purchase.