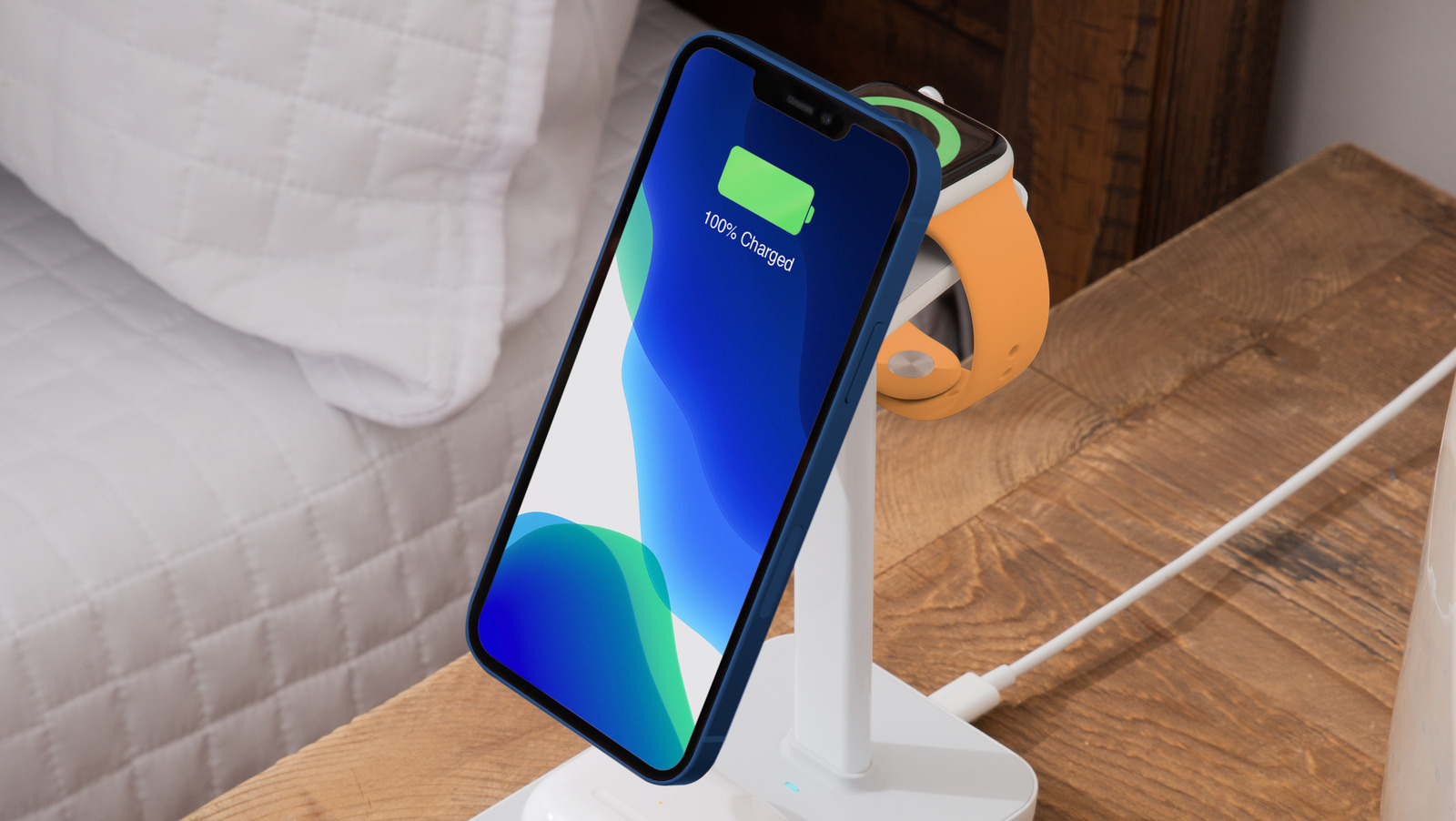 If your iPhone is older and doesn’t support MagSafe, you can still charge it on the HiRise 3. The base acts as a traditional fast charger, so you can simply lay the phone on it. Unfortunately, this compatibility comes at a cost. Laying an older phone down takes up space you could be using to charge a pair of AirPods, and you’ll also lose access to one of the HiRise 3’s cooler features — the ability to charge your device while it’s standing. If you do have a phone that features Apple’s MagSafe system, charging while standing means you can view notifications, access apps, and smack your snooze button without having to adjust the phone.

The compact design of the HiRise 3 is a feature in itself, with Twelve South saying its designers have developed a charging station that is “ultra-slim and has a minimum footprint.” The vertical design is “smaller than an iPhone,” according to the company, and takes up far less nightstand space than traditional flat charging pads. The layout means you can effectively charge an iPhone, Apple Watch, and a pair of AirPods in a minimal amount of space. The iPhone uses the MagSafe system to attach itself vertically to the stands, the AirPods rest neatly at the base, and an Apple Watch can be hung from a charging hook at the back of the stand.