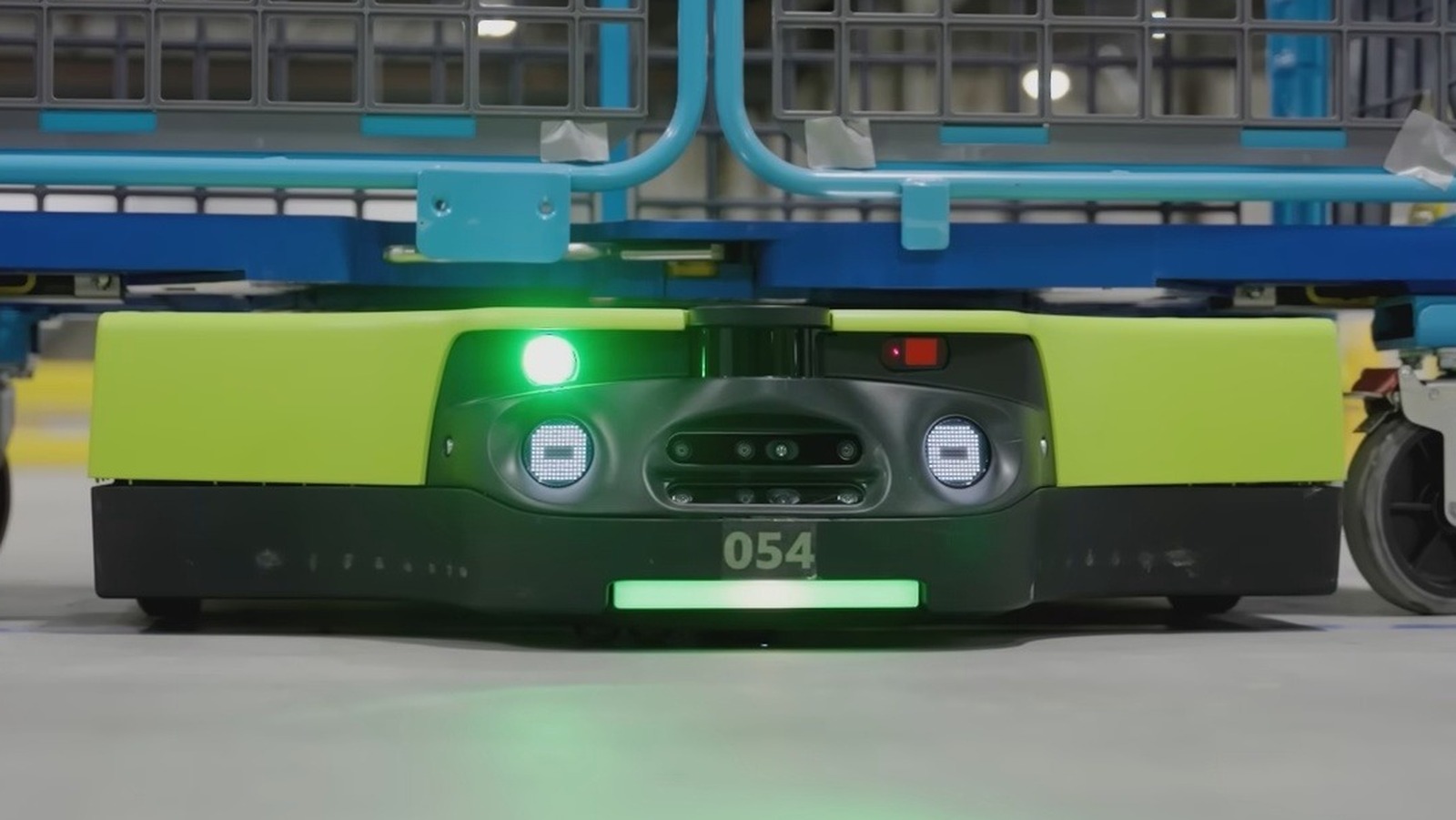 In addition to Proteus, Amazon also revealed another new worker robot called Cardinal. This one is essentially a robotic arm that gently picks up a package from a heap, scans the code on the label, and neatly stacks it on a GoCart. Amazon says this machine reduces the chances of injuries that a human worker might sustain while handling heavy packages.

At the heart of Cardinal’s scanning trick is computer vision technology, which also finds its way inside the company’s cute Scout delivery robots. Cardinal, which is capable of handling up to 50 pounds worth of package load, is currently in the prototype stage and will only see mass deployment next year. The technology is useful in more than just warehouses, of course. Google is lending its computer vision expertise to Wendy’s for smarter kitchens, for example.

Amazon has also created a robotic identification system that drastically speeds up the task of scanning and registering packages. Instead of holding a package and the attached label in front of a scanner, Amazon has employed a camera system that records footage at a frame rate of 120 fps. Dubbed Amazon Robotics Identification (AR ID), a worker simply needs to stand beside the setup and move packages from a stack to a GoCart. As a package is picked up and placed on the cart, the camera does its job of scanning and the large tablet-like screen underneath and gives a visual confirmation that the package has been logged.