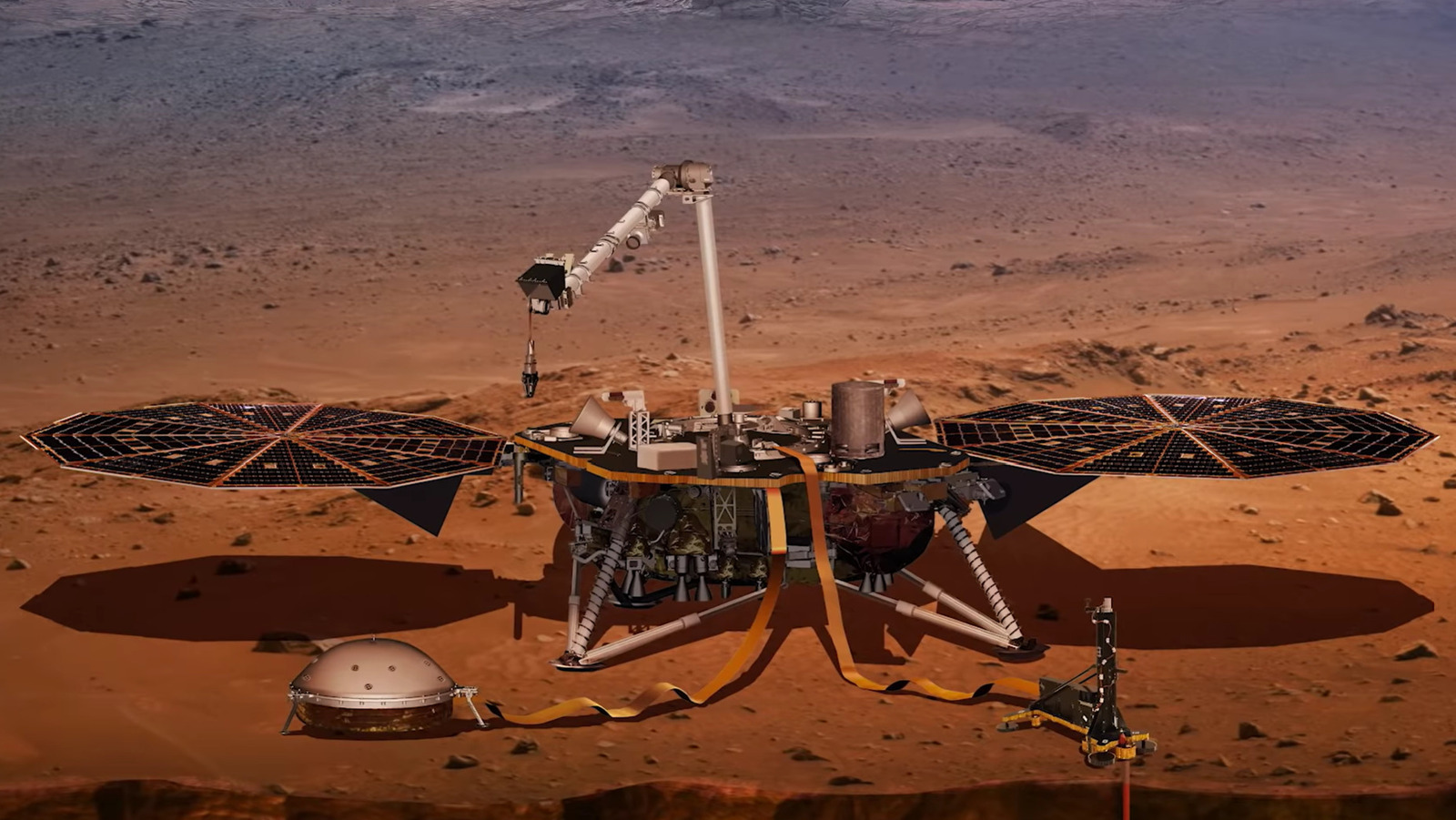 The InSight mission is slowly coming to an end because of a Martian environmental problem: dust. There are large amounts of dust on the surface of Mars, which due to high winds can get blown up into large dust storms. This dust coats everything, including the solar panels with which InSight collects power from the sun.

With the accumulation of dust on the solar panels, the engineers overseeing InSight have had to get creative about how to keep the mission going. The lander has previously used the scoop of the end of its robotic arm to dump more dust onto its panels, which helped to sweep off some of the grains stuck there. And sometimes the Martian wind has helped out by blowing off some of the dust from the panels in events called dust devils (via JPL).

But even with these helping events, the amount of power that InSight can generate has been dropping. With seasonal changes on Mars, there will be even more dust in the air in the coming months. While the panels originally generated 5,000 watt-hours of power per Martian day, now they are down to just 500 watt-hours per day. Despite the mission approaching its end, it has still been a success overall, well exceeding its original two-year mission plan and making discoveries about the interior structure of Mars, and recording the largest ever quake on Mars as well.